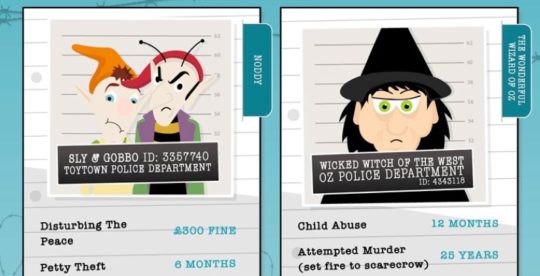 Lovereading.co.uk, a platform with book reviews and recommendations, has revealed a new infographic that answers a question what would happen if some of the favorite characters from children’s books were given a trial in a European court.

We loved to hate the baddies, and truly scary characters stay with us forever. But suppose these evildoers existed in the real world.

The infographic lists sixteen literary villains. Each card includes (besides the name of the character and the title of the book), a crime or crimes committed together with the estimated sentence.