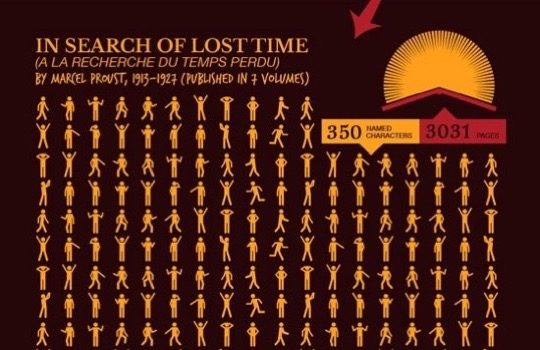 How many characters in a single book are you able to track without getting lost?

The book recommendation site Love Reading has released an infographic that lists 15 books with increasing casts of characters.

There are 40 named characters in Harper Lee’s To Kill a Mockingbird. Compare that to 218 characters that were created by George R.R. Martin in A Game of Thrones, a first volume of A Song of Ice and Fire saga.

A memorable cast of characters can at times be the difference between a good book and great book.

Mor infographics to check out: