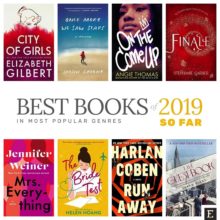 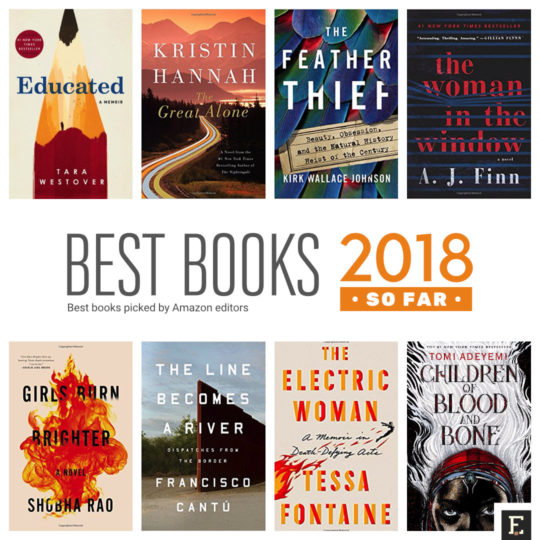 The top book overall, according to Amazon editors, is Tara Westover’s memoir Educated. The list includes picks for print, Kindle, and Audible editions.

In June, book lovers are looking for new books they could add to their summer reading lists, and welcome with appreciation a mid-year list of The Best Books of the Year So Far.

Revealed in mid-June, the ranking is curated by Amazon editors and includes titles featured as the Best Books of the Month between January and June, as well as worthwhile new titles released in the recent weeks.

Amazon editors have picked Educated by Tara Westover as the top pick of 2018 so far. This stirring memoir chronicles how she survived her survivalist upbringing, eventually earning a Ph.D. from Cambridge University.

It was Educated, Tara Westover’s utterly remarkable memoir, that was our hands-down favorite. By sheer force of will, she emerged from a rough, unschooled childhood among Idaho survivalists to earn a doctorate in history at Cambridge University. We were awed by her journey. 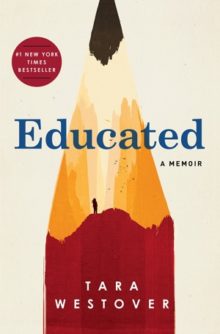 Educated by Tara Westover is the best book of 2018 so far, according by Amazon editors

The #1 book in Literature & Fiction (and #2 overall) is The Great Alone, an instant New York Times bestseller by Kristin Hannah, the author of The Nightingale.

This page-turner follows a damaged Vietnam vet who moves his family to the wilds of Alaska. As winter approaches and his mental state deteriorates, his wife and daughter find themselves in an increasingly precarious position.

The Woman in the Window by A.J. Finn was picked as the best book in Mystery, Thriller & Suspense category. It’s a seductive and unpredictable novel about an agoraphobic woman with a tricky past who witnesses a murder.

What are other books released in the first half of 2018 and adored by Amazon editors? Let’s take a look.

You can find more books for your summer reading list by exploring top 20 picks in popular categories:

If you are still hungry for book recommendations, make sure to find out what are the top book bestsellers of 2018 so far.

Top Amazon books of 2018 so far, by category 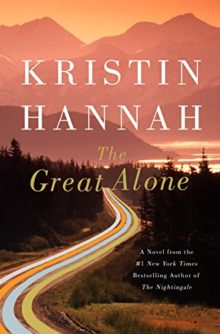 When Ernt Allbright, a former POW, comes home from the Vietnam war, he makes an impulsive decision: he will move his family north, to Alaska.

At first, Alaska seems to be the answer to their prayers. In a wild, remote corner of the state, they find a fiercely independent community of strong men and even stronger women.

But as winter approaches and darkness descends on Alaska, Ernt’s fragile mental state deteriorates. In their small cabin, covered in snow, blanketed in eighteen hours of the night, Leni and her mother learn the terrible truth: they are on their own. ⇢ More info. 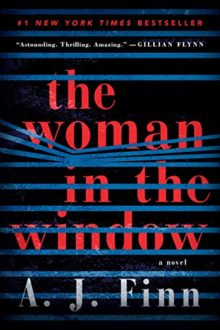 1. The Woman in the Window

For readers of Gillian Flynn and Tana French comes one of the decade’s most anticipated debuts: a twisty, powerful thriller about an agoraphobic woman who believes she witnessed a crime in a neighboring house.

Then the perfect family moves into the house across the way. When Anna, gazing out her window one night, sees something she shouldn’t, her world begins to crumble – and its shocking secrets are laid bare. ⇢ More info. 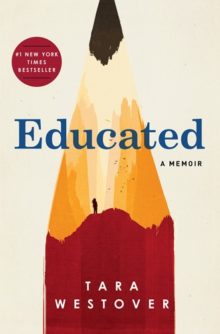 Tara Westover hadn’t been registered for a birth certificate. She had no school records because she’d never set foot in a classroom.

As she grew older, her father became more radical, and her brother, more violent. At sixteen Tara decided to educate herself.

Her struggle for knowledge would take her far from her Idaho mountains, over oceans and across continents, to Harvard and to Cambridge. Only then would she wonder if she’d traveled too far. If there was still a way home. ⇢ More info. 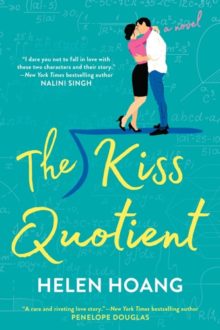 It’s high time for Stella Lane to settle down and find a husband – or so her mother tells her. To overcome her lack of dating experience, Stella decides to hire a male escort to teach her how to be a good girlfriend.

Faced with mounting bills, Michael decides to use his good looks and charm to make extra cash on the side.

The more time they spend together, the harder Michael falls for this disarming woman with a beautiful mind, and Stella discovers that love defies logic. ⇢ More info. 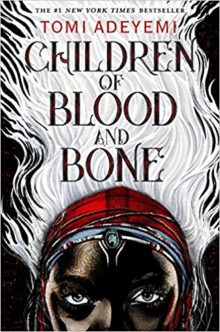 1. Children of Blood and Bone

But everything changed the night magic disappeared. Under the orders of a ruthless king, Maji were killed, leaving Zélie without a mother and her people without hope.

Now Zélie has one chance to bring back magic and strike against the monarchy. With the help of a rogue princess, Zélie must outwit and outrun the crown prince, who is hell-bent on eradicating magic for good. ⇢ More info. 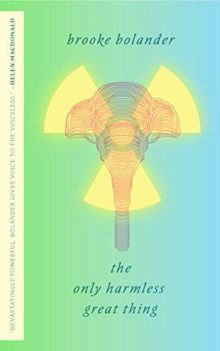 1. The Only Harmless Great Thing

In the early years of the 20th century, a group of female factory workers in Newark, New Jersey slowly died of radiation poisoning.

Around the same time, an Indian elephant was deliberately put to death by electricity in Coney Island.

Now, these two tragedies are intertwined in a dark alternate history of rage, radioactivity, and injustice crying out to be righted.

Prepare yourself for a wrenching journey that crosses eras, chronicling histories of cruelty both grand and petty in search of meaning and justice. ⇢ More info.

Are you interested in all things Kindle? Keep exploring:

Amazon reveals top 20 picks for the best book of 2018 so far https://ebookfriendly.com/best-books-2018-so-far-amazon-editors/ via @ebookfriendly