The newly released Amazon Fire 7 tablet offers twice the storage, is faster, and support hands-free Alexa. But is it enough to buy it?

The newest Amazon Fire 7 (2019) tablet has just been announced. It’s available for pre-order and many users rush to see a product page to compare tech specs and decide whether or when to buy the new device.

While most reviewers focus on highlighting areas where the 2019 model is better than its predecessor, you should ask yourself whether these features meet your needs and justify the purchase.

If you have microSD card already

One of the biggest advantages of Amazon Fire family is memory expandability. You can add 256 or even 512 GB to your Fire’s internal memory by using microSD card. It’s very helpful for users who watch a lot of movies or play a lot audiobooks.

And many users have invested in microSD cards already. The 2019 Fire 7 tablet has twice the memory of the model released in 2017. However, 16 versus 8 GB in view of having 200 GB on a flexible microSD card is not a reason to invest in a new tablet.

If you are satisfied with the speed of your current tablet

Amazon claims the newest-generation 7-inch Fire tablet has faster processor. However, most probably the performance won’t be substantially better as the processor is still 1.3 GHz quad-core.

If you don’t use Alexa

Have you ever used Alexa on any Fire tablet you’ve owned so far? No? There is no need to upgrade to Fire 7 (2019). This tablet supports hands-free Alexa, but you won’t probably use it either.

If you are fine with recharging your current Fire every night

One of the biggest disadvantages of Fire tablets is battery performance. Everything is fine for the first few months, but then the battery will have to be recharged more and more often, even if you are not using a tablet intensively.

If it doesn’t bother you to keep your Fire connected to a power source for recharging, you don’t have to buy the 2019 7-inch Fire.

What’s interesting, compared to the 2017 model with a battery running for up to 8 hours, the new Fire “delivers 7 hours of reading, listening to music, watching TV shows or movies, and browsing the web.”

If you were hoping to get a crispier display 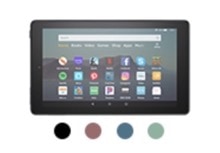 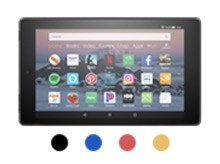 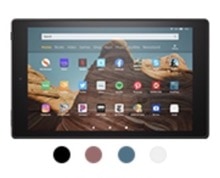 5 reasons why you should not buy Amazon Fire 7 (2019) https://ebookfriendly.com/amazon-fire-7-2019-reasons-buy-not-buy/ via @ebookfriendly