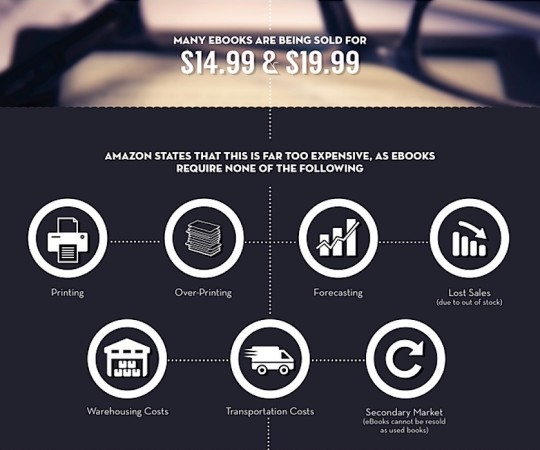 When it comes to ebooks, Amazon is the leading player, heavily influencing not only the American ebook business, but also the growth of foreign ebook markets.

The infographic below was prepared by the team from Nextopia, the e-commerce company that helps online retailers sell smarter and more effectively.

The chart, besides listing the benefits of ebooks, follows Amazon’s international ebook strategy. Localized Kindle Stores are present in 12 countries, but we have to keep in mind that customers from over 170 other countries and locations can shop Kindles and Kindle ebooks directly from the US Amazon site.

The infographic was prepared to celebrate the World Book Day 2015. Tap or click on it to see it in full resolution.