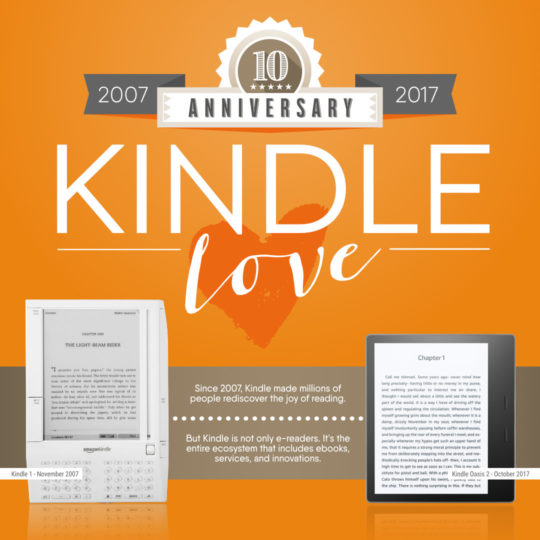 Take a look at our infographic that celebrates ten exciting years of the Kindle.

Since 2007, Kindle made millions of people rediscover the joy of reading. But it’s not only e-readers that changed the way we read. It’s the entire ecosystem that includes ebooks, services, and innovations.

Based on our extensive timeline of Kindle e-readers and services, the infographic presents most significant events since the introduction of the Kindle Store, to the launch of Kindle Oasis 2.

Look how much has happened. And it’s only ten years!

Click or tap the infographic to see it enlarged. Feel free to share it on your blog – find the embed code under the image.

A history of Kindle devices and services

Share this infographic on your site (Creative Commons license). Get the embed code: