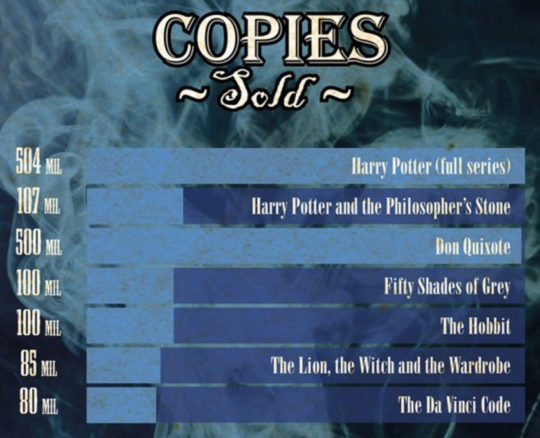 Hogwarts fans, take a look at the infographic created to celebrate the International Harry Potter Day on May 2, and the upcoming 20th anniversary of the first publication of Harry Potter and the Philosopher’s Stone, which is on June 26, 2017.

The visual was developed by Cartridge Save, and it puts together the most important facts and numbers from the magical world created by J. K. Rowling.

Did you know that Harry Potter and the Philosopher’s Stone was originally turned down by 12 publishers before Bloomsbury snapped it up for an advance of only 1500 copies?