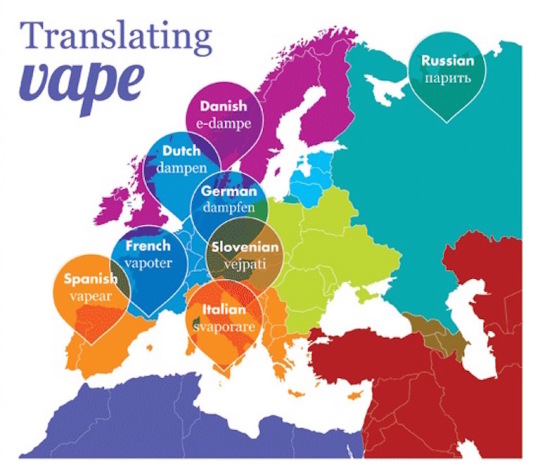 Oxford Dictionaries chose “vape” as the Word of the Year 2014. Learn more about it in a special infographic.

Every year, Oxford Dictionaries pick up the word or expression that has attracted a great deal of interest.

The chosen word is judged to reflect the ethos, mood, or preoccupations of the particular year and to have lasting potential as a word of cultural significance.

The Word of the Year 2014 is “vape” (see the definition in Oxford Dictionaries).

Not as popular as last year’s “selfie” the word is very well-known to e-cigarette smokers. It originated as an abbreviation of “vaporize”. The Oxford Dictionaries added the definition of the new word in August:

vape verb inhale and exhale the vapour produced by an electronic cigarette or similar device.

The infographic will let you find out more about “vape” as well as other words, shortlisted this year. You’ll also learn about translations of “vape” to other languages. And at the end you’ll see Word of the Year winners for the last ten years.

Word of the Year 2014, according to Oxford Dictionaries (infographic) https://ebookfriendly.com/word-of-the-year-2014-infographic/ via @ebookfriendly