Take a closer look at the chart explaining addictive nature of the old book smell.

The visual was prepared by indie publishing house Blooming Twig, and is the next great example of charts trying to explain the chemistry of book smell. 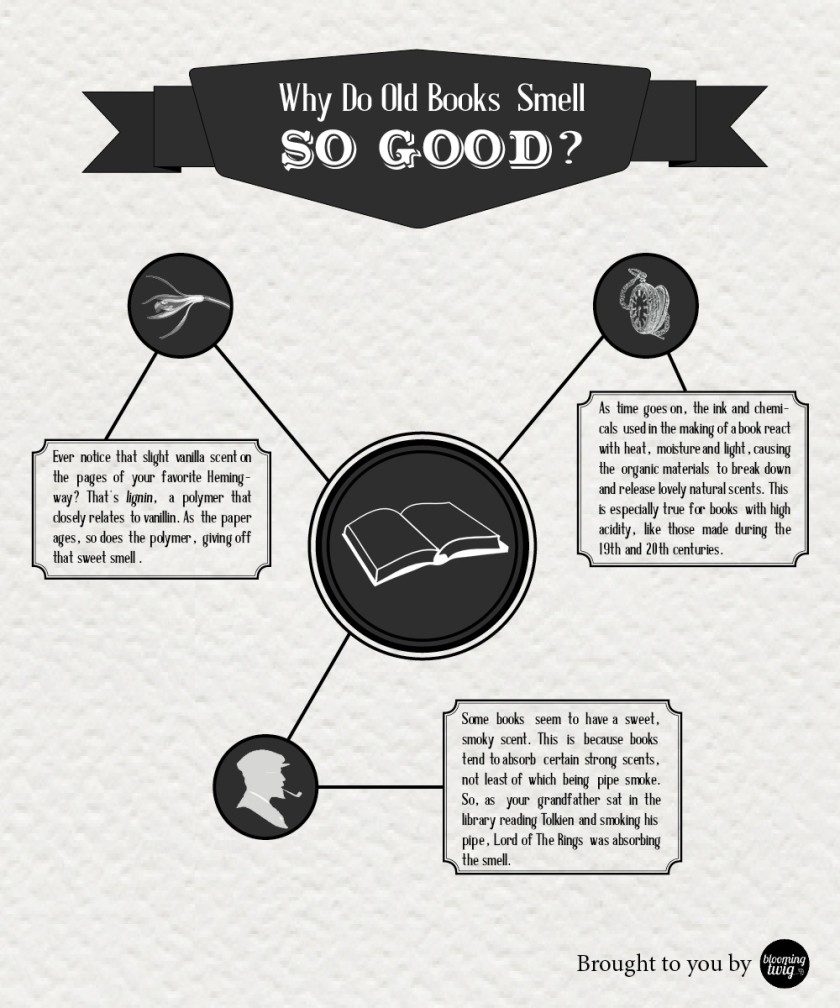 Why do old books smell so well? https://ebookfriendly.com/why-do-old-books-smell-so-well/ via @ebookfriendly