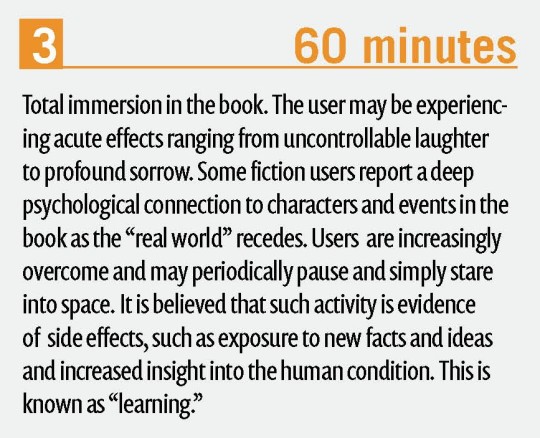 Check out what will happen with you when you open a book and start reading it. Warning: some side effects were detected.

The “what happens to your body one hour after” infographics have lately become quite a trend. Beer, Big Mac, coffee, or Coke have an effect on our body, that’s for sure, but what about something less material?

I was hoping to see an infographic that would analyze the human body after opening a book (finishing it?) or visiting a library. And you know what? There is one!

The infographic was created by University of Virginia Library. It describes the effect of reading from the first ten minutes after opening a book, to one hour, to days, weeks, and years.

Years? Sure, Opposite to Coke, a single book can influence your entire life. 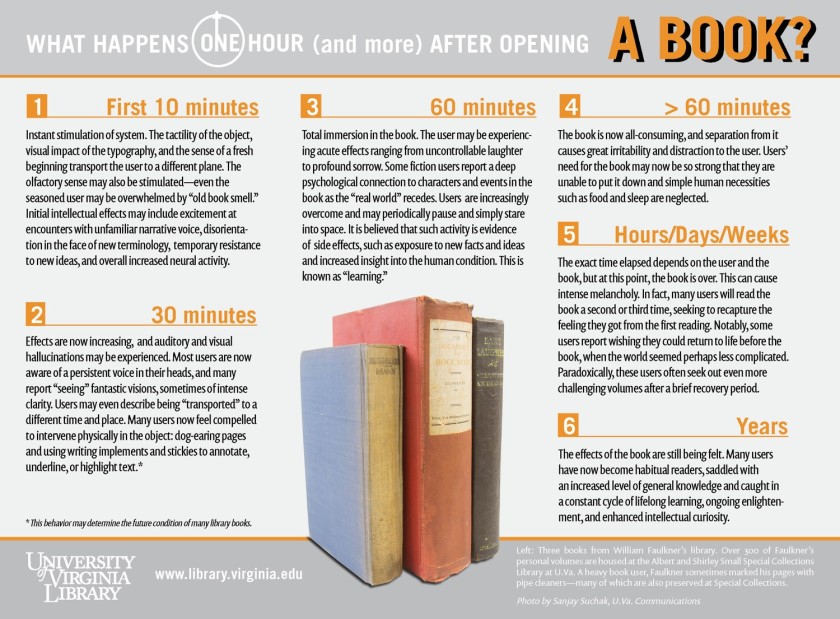 What happens to your body after you start reading a book (infographic) https://ebookfriendly.com/what-happens-body-reading-book-infographic/ via @ebookfriendly