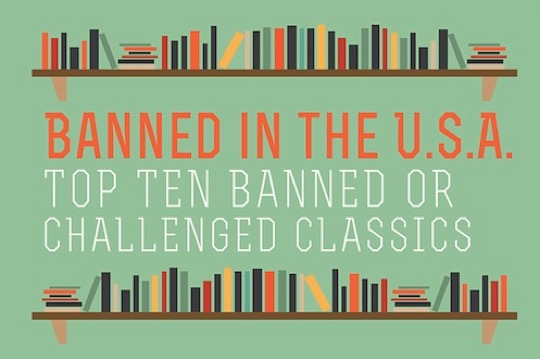 During Banned Books Week it’s good to make an extra effort not only to get interested in banned books, but also spread the word about the issue among book lovers.

We shared the other day a great infographic about banned comics and graphic novels. The one we are excited to show below was created by the team from BookPal, an online store offering quantity discounts on books bought in bulk.

Based on the figures from American Library Association, the infographic presents 10 famous novels which were banned or challenged in the United States over time. The infographic shows the reasons for banning each book, as well as a number of challenges: by year and by reason.

It’s good to observe that book banning is a downward trend. Most books were challenged in the mid-nineties. Since then the numbers are going down. 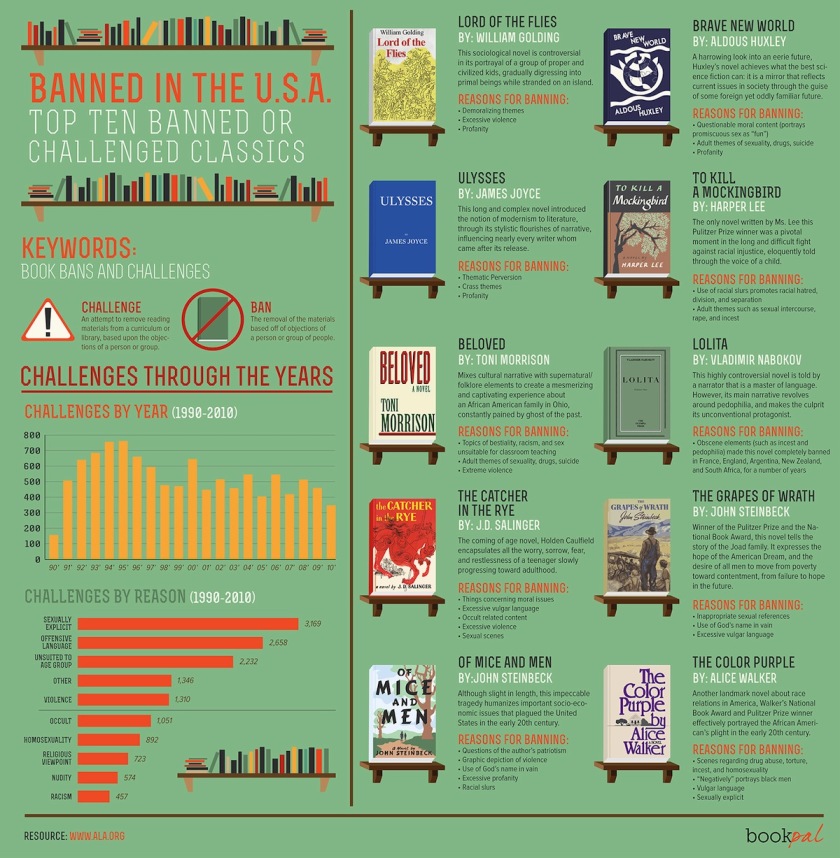