There have been as many plagues as wars in history – and they made people ask the same questions about sacrifice, love, death, and destiny.

Seventy years after its release, the classic novel from the master of the absurd is more relevant than ever before. The Plague is believed to refer to a cholera outbreak in Oran, a French-Algerian town on the coast of the Mediterranean Sea, which took place in the mid-1800s.

Now, as Wuhan is the new Oran, people around the world are looking for answers to existential questions that appear out of nowhere and can’t fade away: What happens with my life when I get infected? Can I count on my relatives and family? Will my life become unbearable? Will my life ever be the same afterwards? What happens with our plans and dreams? What are the limits of love and sacrifice?

You probably read The Plague when you were young. It’s the highest time to reread the book to embrace the unknown.

The main source of the following quotes is Goodreads, the No. 1 destination for all the golden thoughts that originate from books. Goodreads users have already collected over 3,000 Albert Camus quotes. They are ranked by the number of likes. When it comes to The Plague, we have combined search keywords to find the quotes that deserve more than just a few likes.

One quote – a very relevant one – saying “Orders!… When what’s needed is imagination” is included in The Plague study guide offered online by Course Hero. We have double-checked it on Amazon, using “Look inside” feature for the version translated to English by Stuart Gilbert and sold by Vintage / Random House. The passage is here, in chapter 8.

What does it mean, the plague? Here are the answers. 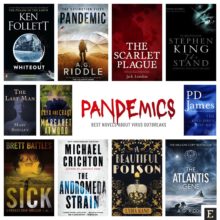 Top article
These thrilling books by Stephen King, Margaret Atwood, Albert Camus, Ken Follett, or Lydia Kang show how plagues impact the morality and culture of the society, leading to decay and dictatorship.

Best quotes from “The Plague” by Albert Camus

There have been as many plagues as wars in history; yet always plagues and wars take people equally by surprise.

They considered themselves free and no one will ever be free as long as there is plague, pestilence and famine.

How hard it must be to live only with what one knows and what one remembers, cut off from what one hopes for!

Orders! … When what’s needed is imagination.

Well, personally, I’ve seen enough of people who die for an idea. I don’t believe in heroism; I know it’s easy and I’ve learned that it can be murderous. What interests me is living and dying for what one loves.

All I maintain is that on this earth there are pestilences and there are victims, and it’s up to us, so far as possible, not to join forces with the pestilences.

I have no idea what’s awaiting me, or what will happen when this all ends. For the moment I know this: there are sick people and they need curing. 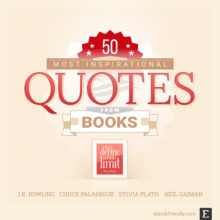 Read also 50 most inspiring literature quotes of all time

Top article
An extended list of the most inspirational book quotes of all time: J.K. Rowling, Sylvia Plath, Oscar Wilde, Neil Gaiman, John Green, among others.

There is no denying that the plague had gradually killed off in all of us the faculty not of love only but even of friendship.

I only know that one must do what one can to cease being plague-stricken, and that’s the only way in which we can hope for some peace or, failing that, a decent death.

But what does it mean, the plague? It’s life, that’s all.

The silent city was no more than an assemblage of huge, inert cubes, between which only the mute effigies of great men, carapaced in bronze, with their blank stone or metal faces, conjured up a sorry semblance of what the man had been. 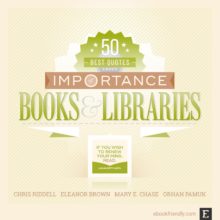 Top article
Here are lesser-known but brilliant quotes that motivate to read books and use libraries more often than ever before. Ready to share as images in your social media.

The evil that is in the world comes out of ignorance, and good intentions may do as much harm as malevolence, if they lack understanding.

Without having the unreasonable ambition to save men, we still want to serve them.

A loveless world is a dead world.

All a man could win in the conflict between plague and life was knowledge and memories.

Once the faintest stirring of hope became possible, the dominion of plague was ended.

The whole town rushed outside to celebrate this crowded minute when the time of suffering had ended and the time of forgetting had not yet begun.

Nothing in the world is worth turning one’s back on what one loves. 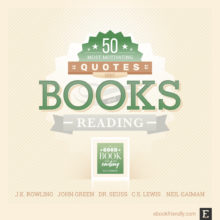 Top article
A list of most wonderful and motivating quotes about books and reading. Some of them are beautifully visualized by top designers.

More lists with quotes from books:

50 most convincing quotes about the importance of books and libraries
– June 14, 2019

Timeless quotes from “The Plague” by Albert Camus https://ebookfriendly.com/timeless-quotes-the-plague-albert-camus/ via @ebookfriendly