Apple Pencil magnetically attaches to the edge of iPad Pro for pairing and recharging / Image: Apple

Make sure the third-party cover for your iPad Pro 2018 will allow you to wirelessly charge the new Apple Pencil.

As you know, we are not willing to overpay for original Apple accessories and prefer using third-party iPad case covers.

However, the newly-released iPad Pro 2018 models sport one fantastic feature that makes us believe Apple’s Smart Folio is far better than any third-party alternative – at least from what is offered so far.

What should you take into consideration when buying the case for the 2018 iPad Pro?

If you also plan to get the 2nd-generation Apple Pencil, remember that you will be able to attach it to the side of the iPad thanks to built-in magnets (see the animated gif at the beginning of the post).

The new functionality is not only about making sure you’ll always keep the pencil close to the iPad. It offers far more helpful benefits:

The latter is a killer feature. Imagine: every time you attach Apple Pencil to your 2018 iPad Pro, the stylus is being automatically recharged.

Apple’s new Smart Folio protects the front and back of the iPad, but leaves the sides open, so that you could attach your Apple Pencil. 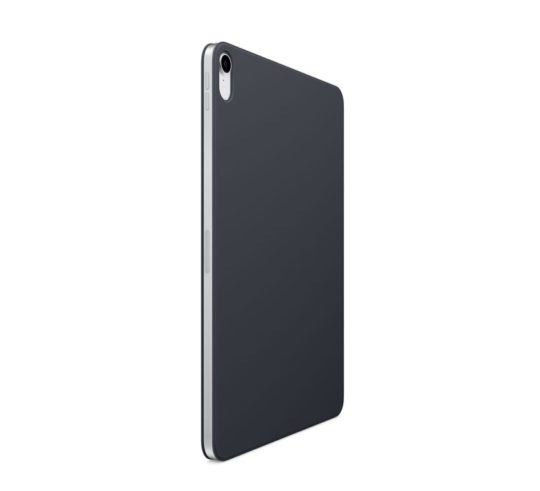 However, so far no third-party case would allow the pairing & charging of Apple Pencil. I’m sure it’s just a matter of time when leading producers will come up with new designs that hold the iPad in place with corner holders while leaving at least one side open for Apple Pencil connectivity.

As soon as an interesting case or accessory comes up, we will make sure to add it to the growing iPad Pro 2018 case & accessory round-up.

The one thing you should remember when buying third-party iPad Pro 2018 case https://ebookfriendly.com/third-party-case-ipad-pro-2018-should-know/ via @ebookfriendly