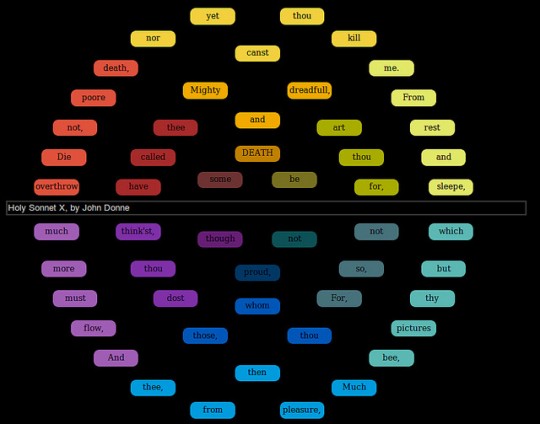 Here is what happened:

SwiftKey, mostly known for its popular Android app, marks a new breed of keyboard apps. It’s a machine-learning technology, designed to give you better word suggestions based on your typing history.

So, after SwiftKey engine was trained on Shakespeare sonnets, J Nathan Matias wrote the new one, choosing words from the next-word suggestions generated by SwiftKey algorithm.

The result can be read below.

When I in dreams behold thy fairest shade

Whose shade in dreams doth wake the sleeping morn

The daytime shadow of my love betray’d

Then shoulds’t my heart be patient as the sands

For nature’s smile is ornament enough

When thy gold lips unloose their drooping bands

No fond perceptions nor no gaze unveils

Disperse the clouds which banish light from thee

For no tears be true, until we truly see