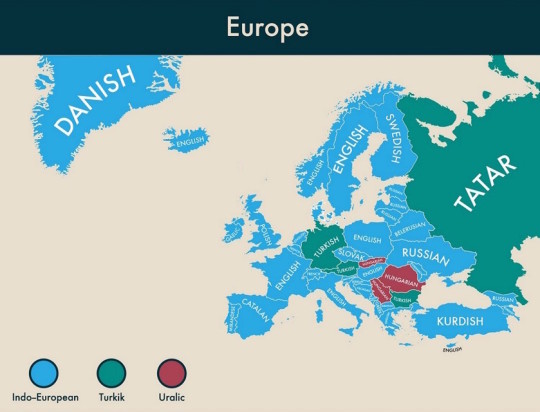 The infographic from MoveHub is a fresh new look on how the languages are being used across the world.

We’ve shared already the language infographics on Ebook Friendly, naming only the world’s most popular languages. The visual brings a new dimension on the popularity of languages.

The infographic was designed by the team from MoveHub, the No. 1 portal for people moving abroad.

You’ll see here the maps of continents, with languages attached to particular countries. The languages are not native, but second most popular used in these countries.

Many people assume, that as English is the world’s most common language, it must be the second language in a prevailing majority of countries. It is, but their number is smaller than you could have expected – only 55.

It’s also interesting to see what are the second most used languages in the countries with English as the official language. In the U.S., it’s Spanish. In Great Britain, it’s Polish.