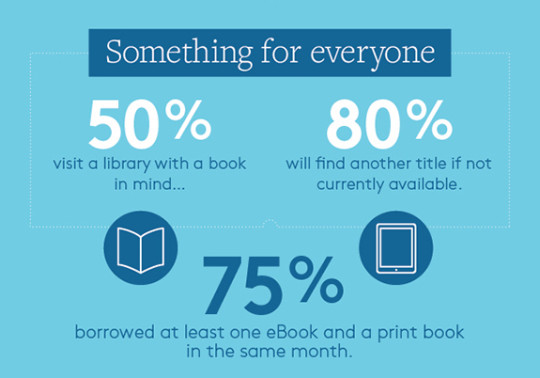 An infographic from OverDrive takes a look at how libraries evolve to serve their communities in the ever-changing digital environment.

Public libraries have always played an essential role in their local communities. Now this role gets more important than ever before.

OverDrive, the leading provider of digital content for libraries, has released an infographic that shows how public libraries evolve to meet patrons’ needs in the digital age.

The infographic is based on a survey conducted by OverDrive in June and July 2015. As much as 16,756 end users answered the questions. The results are presented in a report, that you can download from OverDrive in pdf format.

This report will utilize this data to examine the positive effect the shift to digital content has had on the role of libraries in their communities by helping attract new readers, serve existing patrons better and reach beyond their physical walls.

The key highlights are:

How libraries are meeting patrons’ needs in the digital age (infographic) https://ebookfriendly.com/libraries-patrons-needs-digital-age-infographic/ via @ebookfriendly