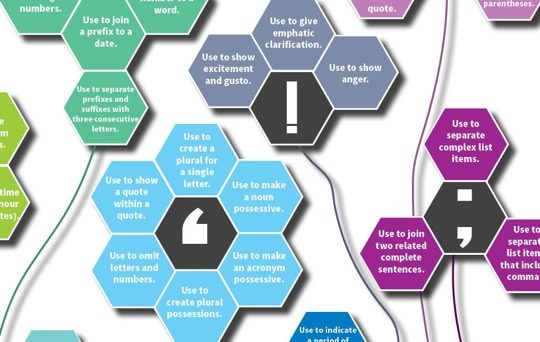 Punctuation errors seem to be subtle. That’s why they are the most common type of language errors – and they can hurt the writer’s credibility as much as “serious” grammar mistakes.

Designer and web developer Curtis Newbold, focused on improving the visual literacy, has created a chart that will let you learn how to use 14 major punctuation marks.

In total, there are 69 specific rules included, but Newbold notes:

When it comes to punctuation rules, there are probably countless guidelines about how not to use them.

The reality is, if you can just learn what each of the punctuation marks do, you won’t have to worry so much about all the ways not to use them.

Click on the image to enlarge it. You can also buy it as a 20 x 30-inch poster in Newbold’s The Visual Communication Guy store. 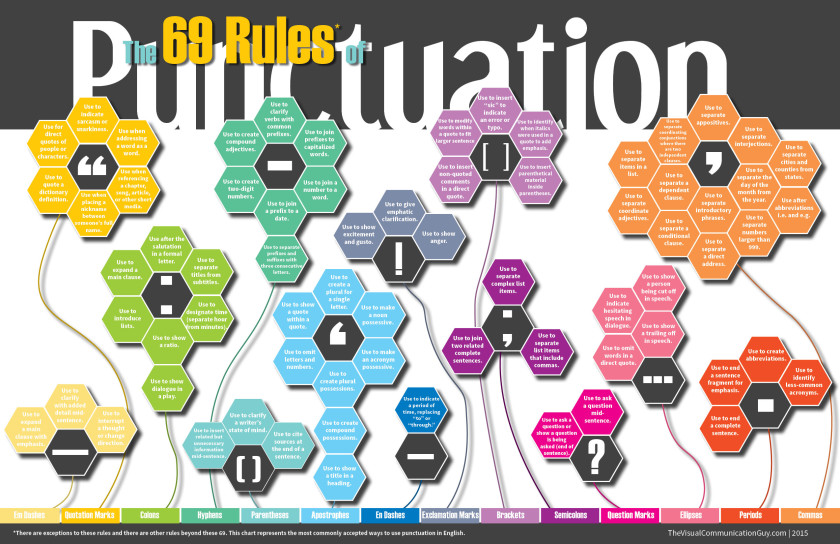