Read Aloud 15 Minutes is a non-profit organization with a mission to make reading aloud to a child the new standard in child care.

Their team has created an infographic that highlights the importance of reading aloud. 15 minutes a day is over 450 hours in five years. It makes a difference!

Reading aloud encourages emerging literacy and language development and supports the relationship between children and their parents.

Here are the major benefits:

You can achieve it all by spending only 15 minutes a day with your child and a good book you both can learn from. 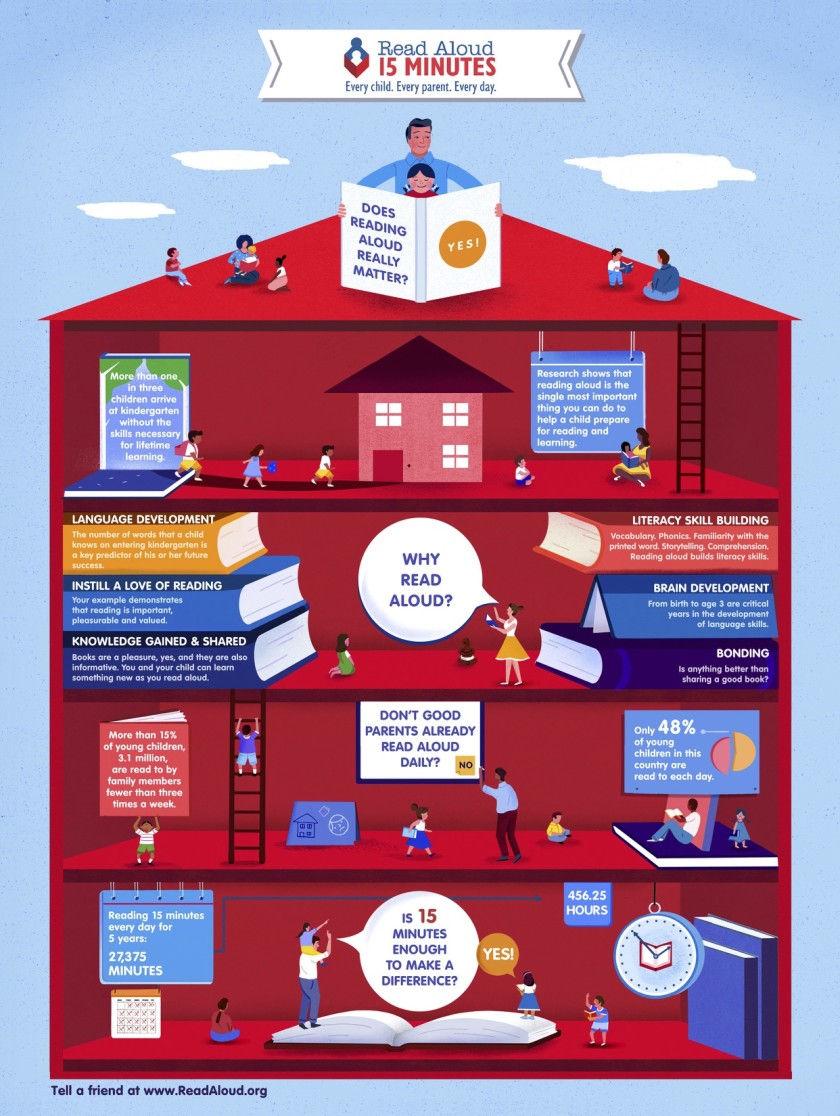