Samuelson Clinic at Berkeley has just released a very helpful handbook that lets users figure out the copyright status of a work created in the United States between 1923 and 1977.

Many important works have been created in that period. It may be difficult to tell whether they are still under copyright, or already in the public domain.

Entitled Is It in the Public Domain?, the handbook can be downloaded at no charge from Berkeley Law website (direct link to pdf file).

The guide is divided into six chapters. They cover main categories of questions that are relevant in evaluating copyright status:

A Master Flowchart presented below is a walk-through the chapters. Each chapter has its own detailed flowchart. Don’t hesitate to download and study the entire handbook. 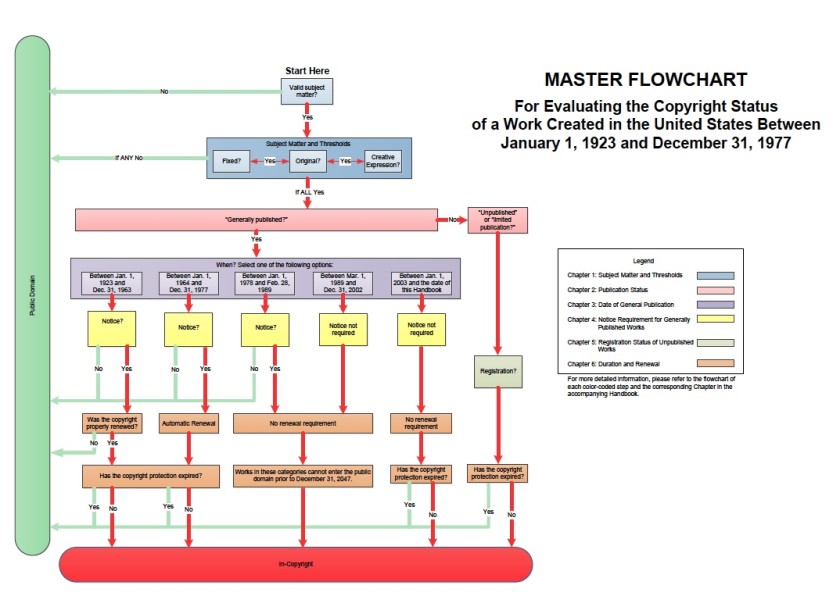 A chart to evaluate what’s in the public domain https://ebookfriendly.com/public-domain-chart/ via @ebookfriendly