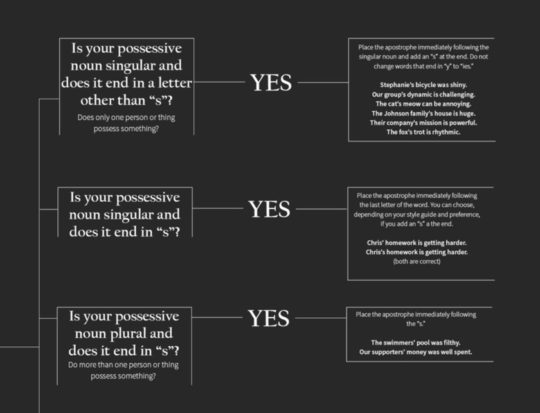 Curtis Newbold is a designer and data visualization specialist who is focusing on improving the visual literacy.

After the wonderful infographic that lists the 69 rules for punctuation, he has just released on his blog The Visual Communication Guy the new chart – How to use apostrophes.

In professional settings, punctuation errors can be a cause for embarrassment. And, it seems, apostrophes are one of the more frequently misused marks.

Using punctuation marks – especially apostrophes – is one of the most common English grammar mistakes. Follow the chart to see where you should and should not use apostrophes. 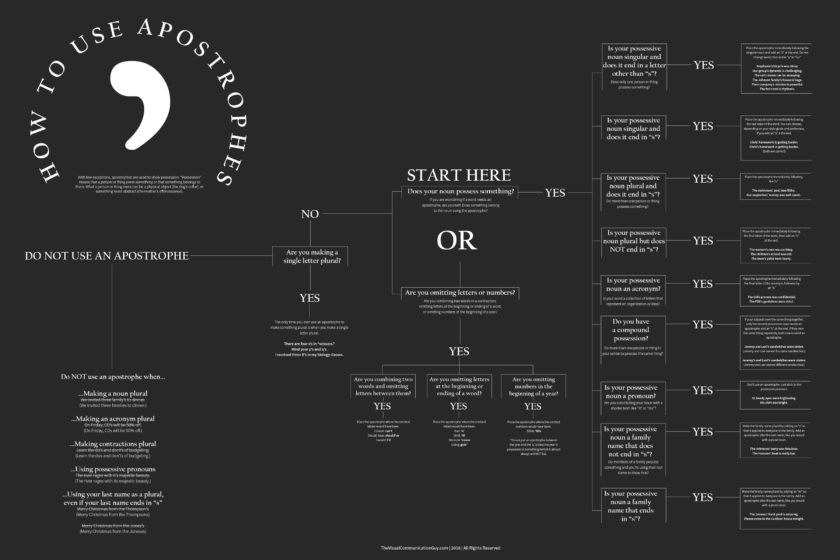