It sounds like a science-fiction, but there is more science in it than fiction.

Imagine finishing a short story in a time shorter than it takes to download it to your Kindle. There is a speed reading technique that lets you read at the speed of 25,000 words per… minute.

The technique is called photo reading and it was developed by Paul Scheele, who offers also other programs that allow people to go beyond what the logical mind believes is possible.

In times when we improve every day in managing Facebook news feeds or Twitter streams, this technique, all about sorting information and picking up what’s most important, is not that crazy as it seems.

Tap on the infographic to see it in full resolution. 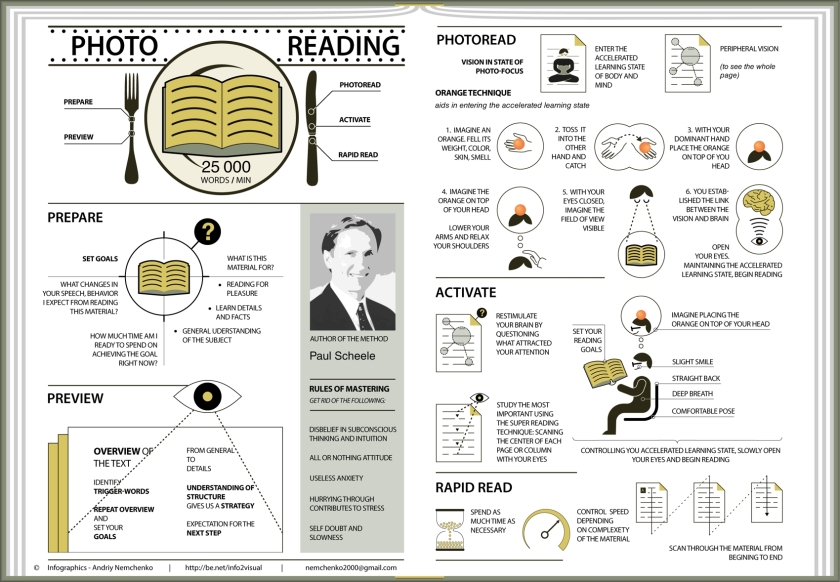 Here are other infographics to check out:

How to read at the speed of 25,000 words per minute (infographic) https://ebookfriendly.com/photo-reading-infographic/ via @ebookfriendly