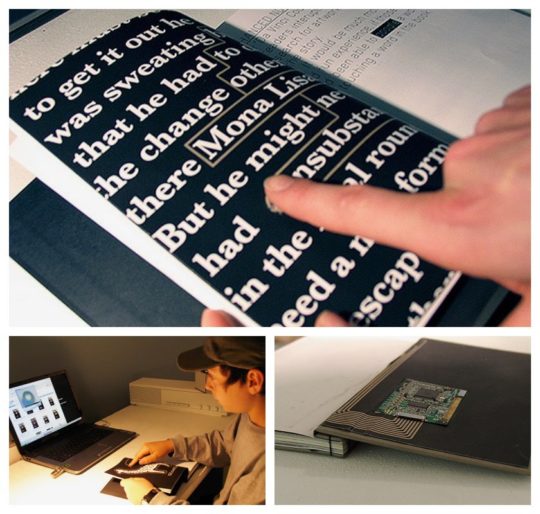 This concept show how the print book can be creatively used in the future.

Blink, explained as “book + link”, is a concept of a printed book that is networked and linked to digital content.

Created by Manolis Kelaidis, a designer at the Royal College of Art in London, Blink has buttons that are printed using conductive ink.

When you touch a linked word, and your finger completes a circuit, the blinked book will send a command to a nearby computer, via a wireless Bluetooth module hidden in the back cover.

As a result, the computer can perform certain operations such as a web search for a blinked word.

The first Blink prototype, The Making of blueBook: Completing the Connection Between the Analogue and Digital Worlds, was printed at the Royal College of Art in 2006.

The book included demonstrations of implementing the technology in children’s and music books, as well as novels and non-fiction titles.

When it comes to timeline, Blink is a predecessor of Electrolibrary by Waldek Węgrzyn. Both concepts refer to El Lissitzky’s electro-library manifesto from 1923. 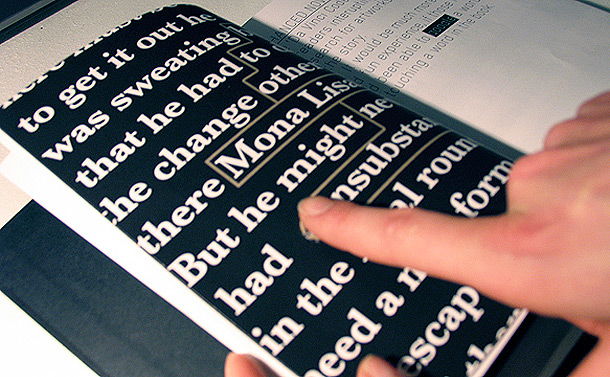 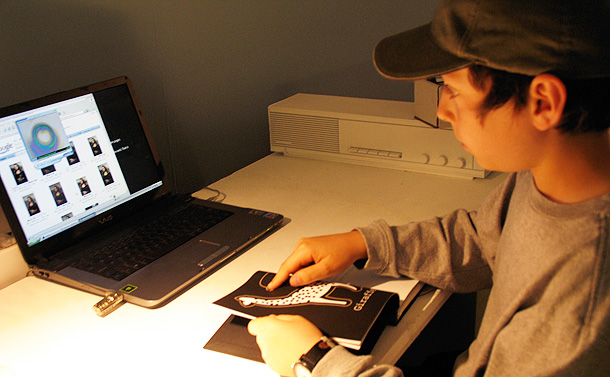 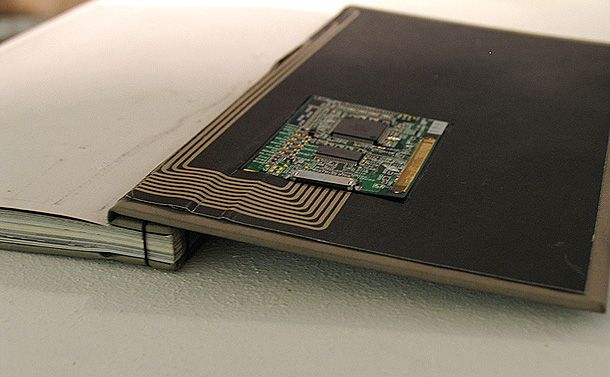 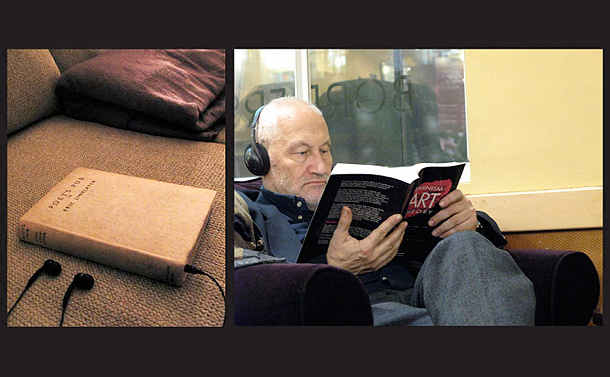 Blink – a concept of a networked paper book https://ebookfriendly.com/manolis-kelaidis-blink/ via @ebookfriendly