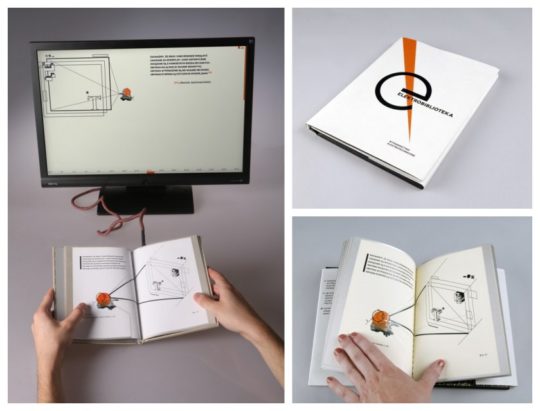 What do you think of having the chance of operating your computer by the book?

Electrolibrary is Waldek Węgrzyn’s 2012 diploma project at the Academy of Fine Arts in Katowice, Poland.

The idea for the project was inspired by El Lissitzky’s manifesto published in Merz magazine, in July 1923. In the manifesto, the Russian artist and designer foreseen print books would evolve into mediums enhanced by electricity.

The project connects a custom-made 32-page paper book to the computer via USB cable.

Just like a mouse or a keyboard, the printed book is a way to control the computer. It lets perform special tasks on a connected website. The reader can navigate the site by turning the pages. On top of that, sensors embedded in the illustrations let the reader activate animations on the website.

It is an experiment containing the elements of graphic design, electronics, programming, printing and bookbinding techniques.

Electrolibrary was awarded many prizes, including the one from The Association of Applied Graphic Designers in the Début category. 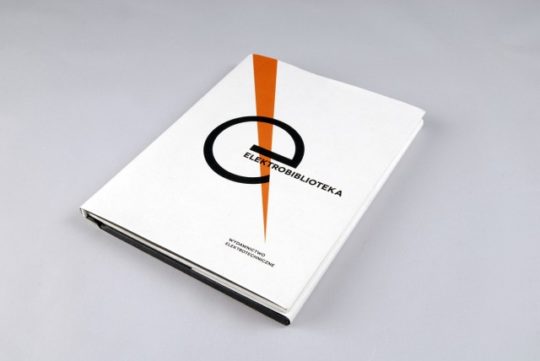 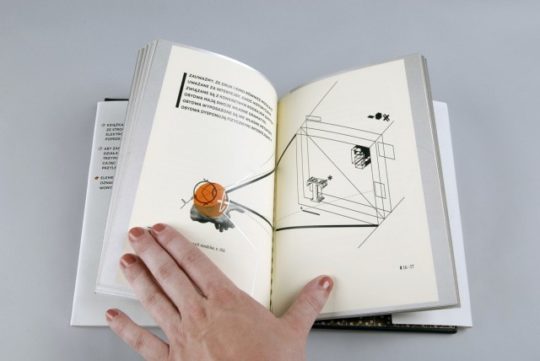 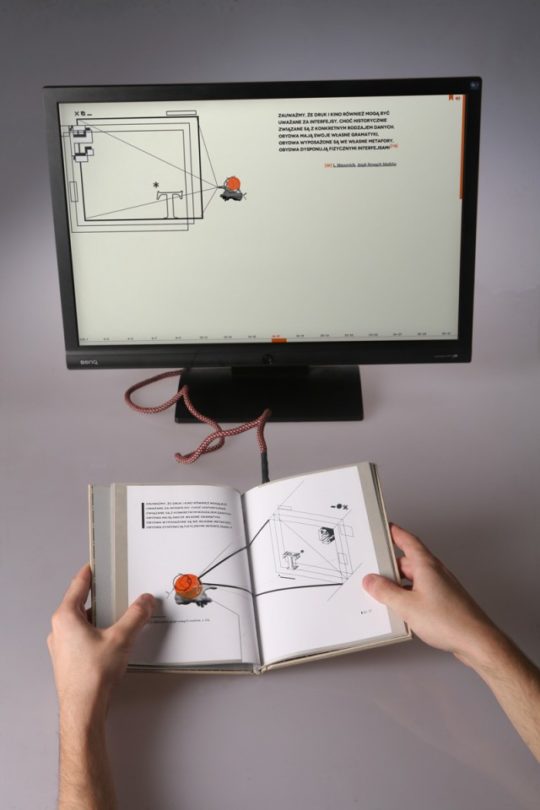