Books are an endless inspiration for filmmakers. Have you ever wondered which living authors have had the most movies adapted from their books?

Emily Temple prepared for Lit Hub the infographic that ranks living authors according to the number of their books that were theatrically released.

Yes, we’ve been all expecting this. Stephen King is the King – with 34 movies based on his novels and other shorter works.

Click or tap the infographic to see the details. 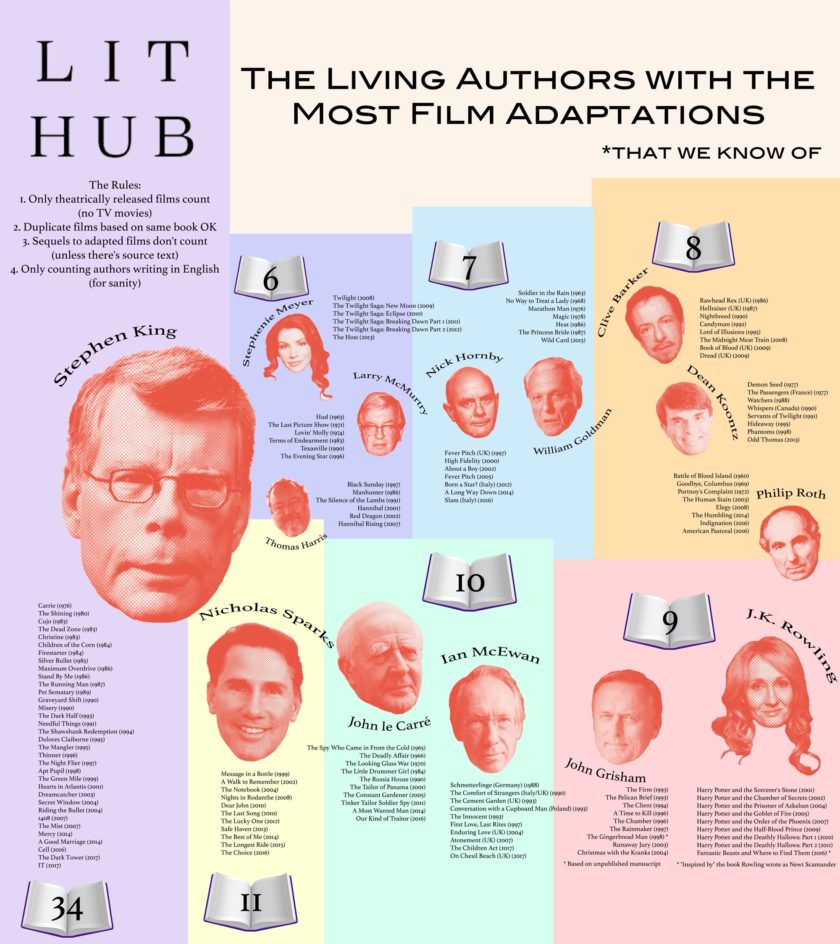 Here are more infographics about books: