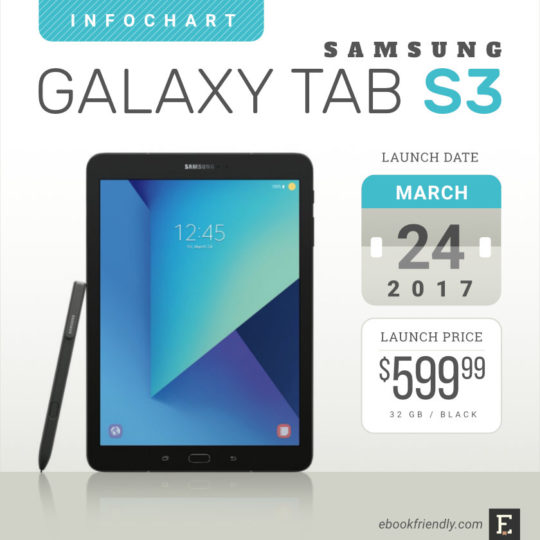 It’s one of the first tablets that are ready to display HDR (High Dynamic Range) content. You’ll be able to watch on it 10-bit colored HDR videos “for true-to-life colors and vivid digital content.”

The metal frame and glass on both the front and back make the new Galaxy Tab S3 look extremely classy. There are two more features that make it truly premium.

First, to give the user an enhanced listening experience, Galaxy Tab S3 features four stereo speakers that are tuned by AKG.

There is also an improved S Pen that is included in the pack. The pen is more precise and pressure-responsive than ever before and has “the intelligence to translate, magnify, navigate and create with a full palette of brush and pen types.”

The overview is divided into a few sections. You can jump to them right now: 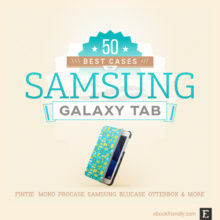 On the pictures below, you’ll see the new tablet with the keyboard case. Unlike S Pen, the case, although made specifically for Tab S3, has to be purchased separately. It will ship in early April 2017. If you need it, you’ll have to spend extra $129.99.

The launch date is still not revealed on Samsung website. However, when you head to Best Buy, you’ll see Galaxy Tab S3 ready to be picked up in stores on March 24, 2017.

If you pre-order Galaxy Tab S3, either on Samsung or Best Buy website, you’ll get a free 64GB memory card.

Let’s start with the comparison to the earlier-generation model. Samsung Galaxy Tab S2 came in two sizes – 8 and 9.7-inch. In the table below you’ll obviously see the bigger versions compared.

The price difference is $100, so it’s good to see whether the features of the 2017 Galaxy Tab S3 justify the bigger price.

When it comes to the display, the resolution and pixel density are the same. The difference is in HDR support. HDR stands for “High Dynamic Range,” a technology for reproducing a wider dynamic range of luminosity.

Galaxy Tab S3 is HDR-ready. Its screen and processor are capable of handling High Dynamic Range content. If you’re looking for the tablet with the best possible display, you should have no doubts – the new model is the one to pick up.

Next generation devices are usually thinner and lighter. While the 2017 Galaxy Tab S3 has the same width and height, its depth is bigger than the 2015 model. The difference is about half a millimeter. Not a big problem? I think so.

The problem may be the weight. Galaxy Tab S3 is heavier by 40 grams than its predecessor and weighs 15,13 oz (429 g). The increase in weight is mainly caused by using glass on the back of the tablet. Compare it to soft and thin plastic panel in Galaxy Tab S2 9.7.

In conclusion, there are several areas where Galaxy Tab S3 is a clear winner:

The direct competitor of the new Galaxy Tab S3 is Apple’s top-end iPad Pro. The 9.7-inch model launched in 2016 and its performance and features were comparable to Tab S3.

With the introduction of iPad Pro 10.5, the landscape is changing. The new tablet from Apple has a powerful processor and advanced Retina display with ProMotion technology.

Are you interested in reading reviews before making a final decision whether to buy or not Samsung’s latest premium tablet? Don’t look any further.

We’ve got the round-up of the most interesting passages from reviews written by top tech experts. Here they are:

Samsung didn’t deviate much from the previous Tab’s aesthetic, choosing instead to build the S3 from more premium materials. It’s not the most inspired or exciting design, but it succeeds in making the tablet feel classier and more expensive.

Don’t think of the Tab S3 as a laptop replacement and you’ll find it a perfectly capable machine that’s largely inoffensive. Whether that’s worth $600 depends on how much you want a really nice screen and loud speakers.

Both the front and rear cameras on the Tab S3 are a functional but muddy mess — pretty much every photo I’ve taken looks like it’s been softened and smudged.

The stylus is one of the best things the Tab S3 has going for it. […] The S Pen’s tip has the perfect balance between gripping the tablet’s screen when you want to touch something and gliding over it when you want to write.

Aside from the dearth of available and compatible HDR content, gaming performance isn’t as snappy as it should be for a high-end tablet. […] But if a sharp screen, great audio and an excellent stylus is on your must-have features list, the Samsung Galaxy Tab S3 is a top choice for indulging in binge-watching style, wherever you go.

What’s the point of buying an HDR-ready tablet if there are no HDR movies or TV shows to watch on it?

The Tab S3’s 6000 mAh battery lasted an average of 448 minutes on our Wi-Fi test, or about 7.5 hours. The battery lasted 376 minutes, or just about 6 hours, on our graphics test. That’s decent for a tablet and an improvement over the Tab S2, but not the best

While Samsung did enough to set the Tab S3 apart from its predecessor, it doesn’t offer anything spectacularly different that would persuade a consumer to the Android tablet space.

The Galaxy Tab S3 is easily the best Android tablet you can buy right now thanks to its all-glass design upgrade, future-proofed HDR-ready display and included S Pen.

It has a finely crafted design, powerful AV capabilities and high-end tablet specs, even if they’re the guts of many 2016 smartphones. 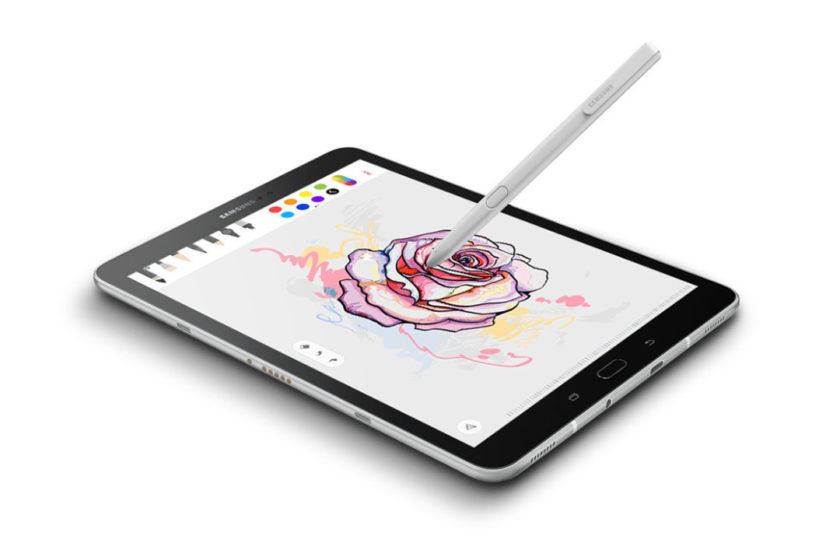 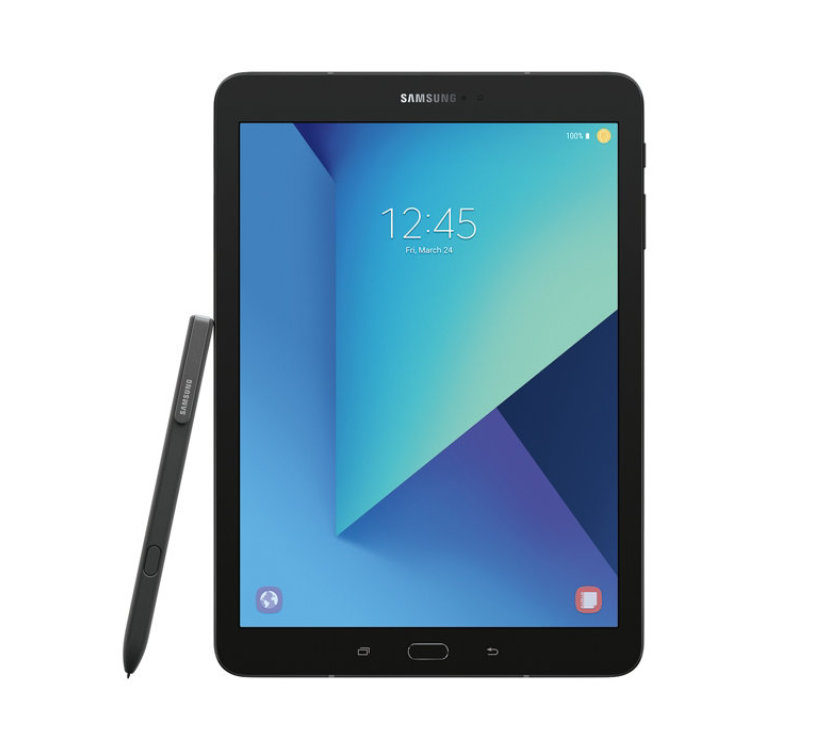 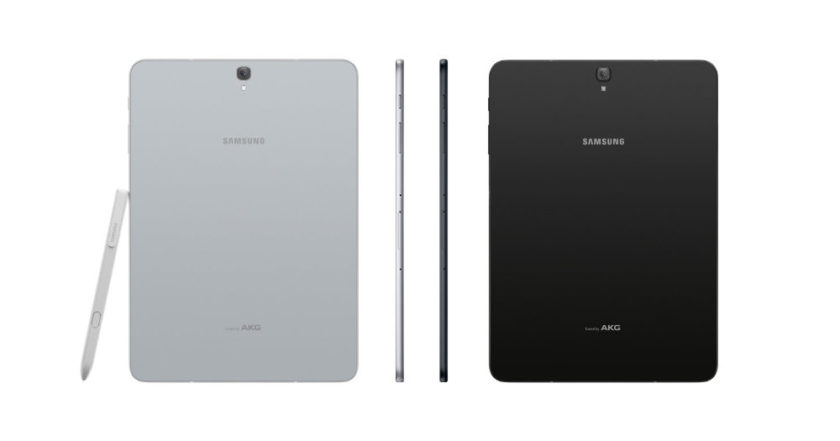 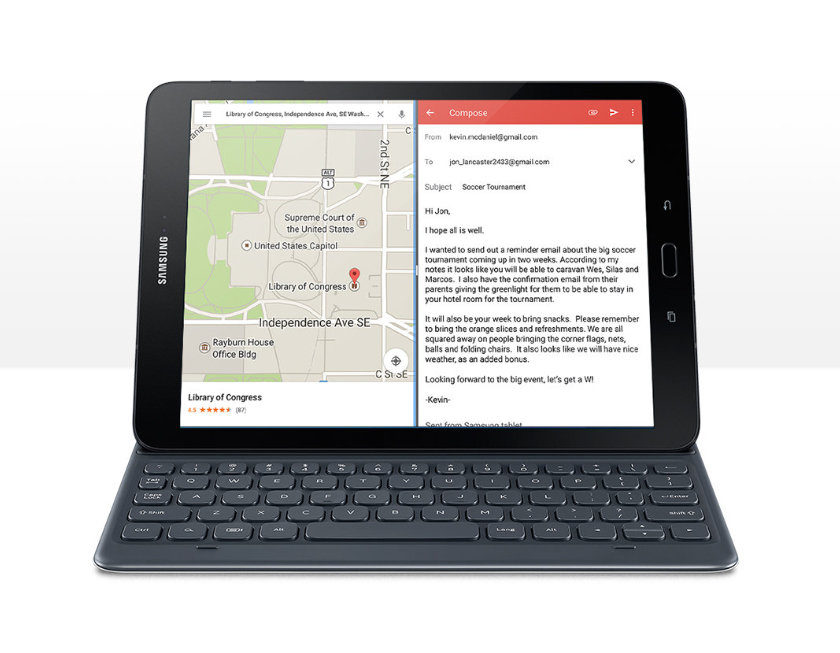 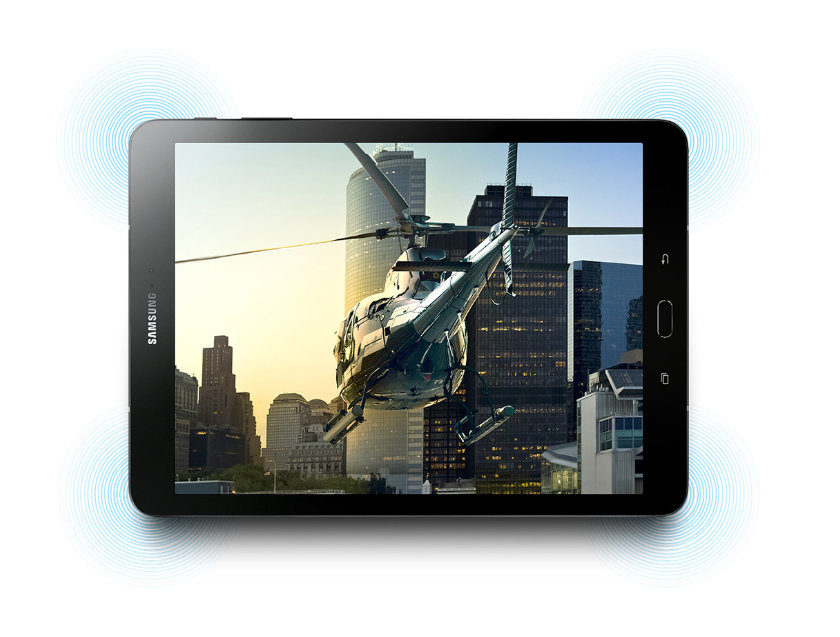 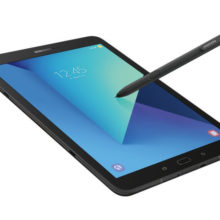 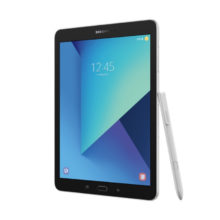 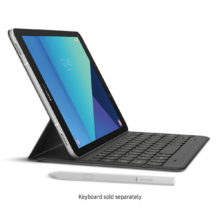 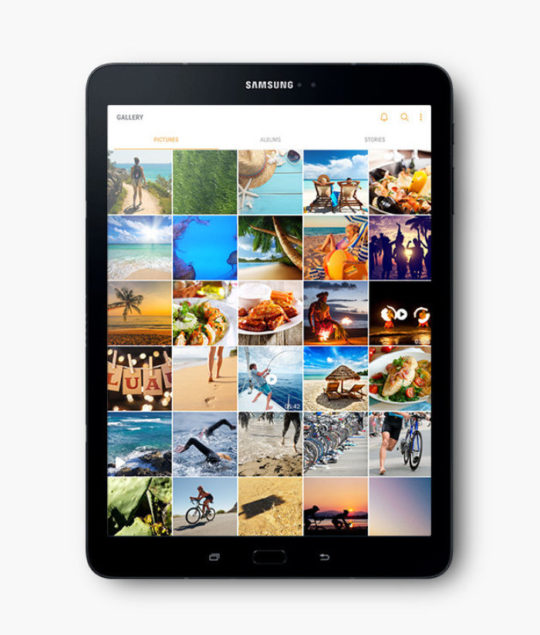 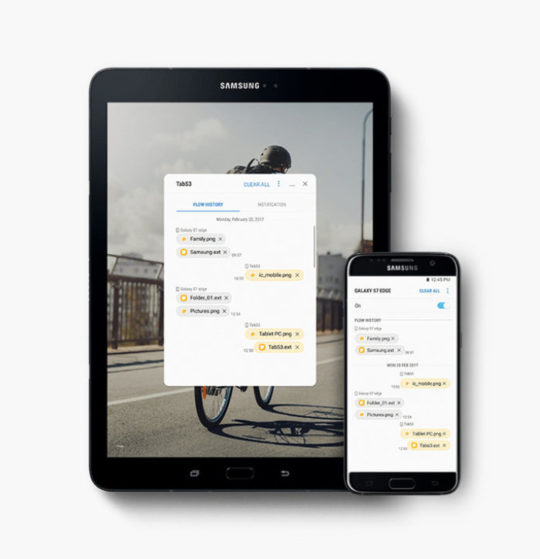 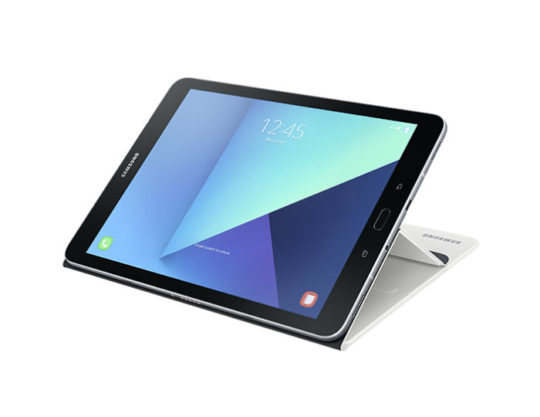 Samsung has released the official video that lets you take a closer look at the company’s new tablet.

Don’t expect too many tech details – the video simply shows off how glossy the Galaxy Tab S3 is.

Check out the full technical specifications of the 2017 9.7-inch Samsung Galaxy Tab S3.

Here are the highlights from the official Galaxy Tab S3 9.7 (2017) page on Samsung website.

S Pen – the pen nature intended
The revolutionary S Pen has true-to-life pressure and angle sensitivity with the intelligence to translate, magnify, navigate and create with a full palette of brush and pen types. And just like a real pen, it never needs to be charged.

Detachable keyboard – perfect pairing
Easily switch from touch to type with a featherlight keyboard that auto-pairs, attaches on contact and never needs charging.

Lightning quick charging
Groundbreaking charge speed powers you through up to 12 hours on a single charge. Then you can get back up to a full charge with three hours of Adaptive Fast Charging.

Expandable memory
Store all your photos with built-in 32GB of storage that expands up to an extra 256 GB.

Stylishly efficient
Start typing in a flash. With its sophisticated texture design and intuitive POGO pin connectors to simplify setup and speed up usage time the Galaxy Tab S3 Book Cover keyboard is equally practical as it is pleasing to the eye.