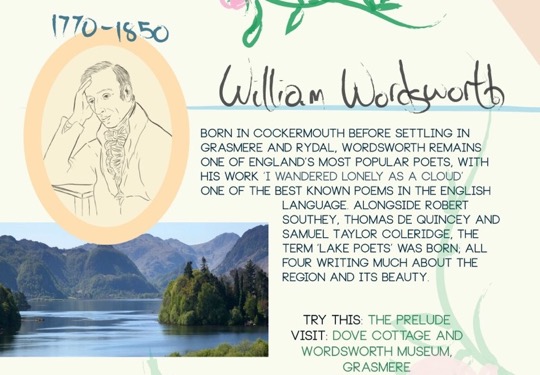 England’s beautiful Lake District is not only about beautiful scenery.

Craig Manor Hotel has just released an infographic that includes famous writers and poets from the region.

It’s no surprise the region has formed an inspiration and backdrop to some of our most famous wordsmiths, with the likes of William Wordsworth and Samuel Taylor Coleridge being the most well-known.