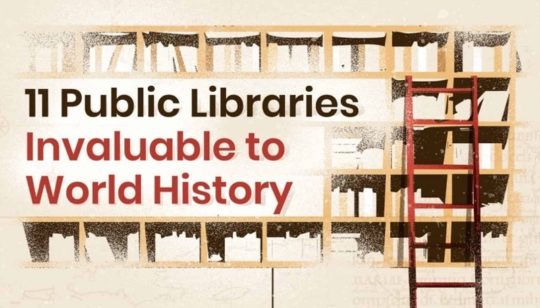 Today, libraries matter more than ever before, but we should never forget about the libraries of the past and how they influenced the world of tomorrow.

Oldest.org has just released an infographic that takes a closer look at the most invaluable libraries in the history of humankind.

These libraries dating back as far as the 6th century, were – or still are – a part of monasteries, universities, royal palaces, and hospitals.

Many of these libraries have survived the trials of history and are home to some of the rarest collections that document cultures through the ages.

Among the libraries, you will find Saint Catherine’s Monastery Library. It was opened between 548 and 565 and holds the world’s second largest collection of early codices and manuscripts.