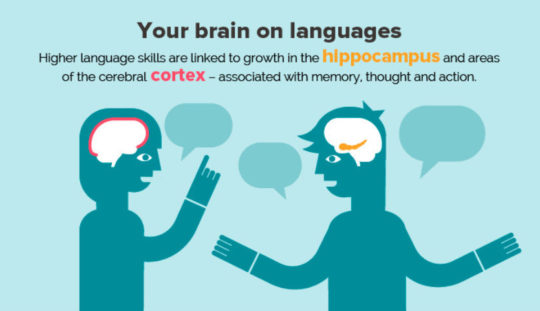 Learning languages is more than just the ability to communicate with people who don’t know your mother tongue.

The team from NeoMam Studios have recently created for Sunbelt Staffing an infographic that takes a look at the benefits of learning languages.

The most important thing to keep in mind is that learning a second language improves cortical thickness. As a result, we have better memory and sharper thinking.

Higher language skills are linked to growth in the hippocampus and areas of the cerebral cortex – associated with memory, thought and action.

Want to see more infographics? We’ve got a huge archive! Here are the recent ones:

How learning languages affects our brain (infographic) https://ebookfriendly.com/learning-languages-brain-infographic/ via @ebookfriendly