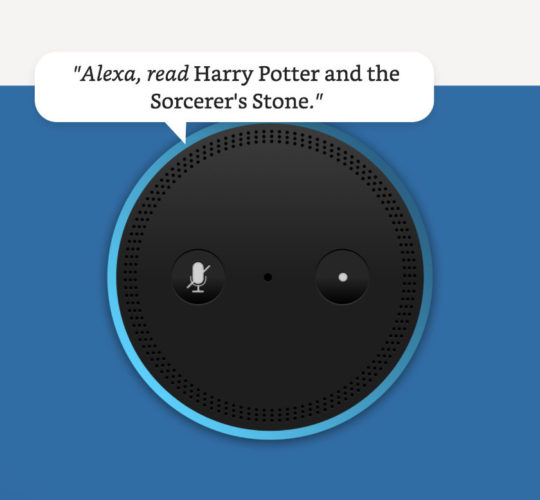 An Audible version of Harry Potter and the Sorcerer’s Stone is the most popular audiobook listened to on Amazon devices operated by Alexa voice assistant.

For the first time, neither Kindle e-readers nor Fire tablets were the top most sought-after devices from Amazon. Alexa-powered smart speakers were.

During Black Friday and Cyber Monday weekend 2017, an Alexa-controlled Amazon Echo Dot smart speaker, was the #1 selling product on Amazon globally. The device was so popular it is sold out already for this holiday season. 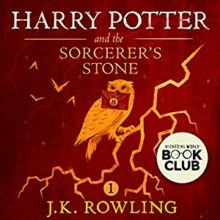 It turns out, the ability to play audiobooks is taking customers’ hearts by storm. Some interesting end-of-year facts have just been revealed by Amazon Charts.

An Audible version of Harry Potter and the Sorcerer’s Stone is the most listened to book on Amazon Echo devices.

Narrated by Jim Dale, the Audible audiobook of the first part of J.K. Rowling’s famous series costs $29.99. However, if you are ready to buy an Audible membership ($14.95 per month, with 30-day free trial), you can listen to it for free.

If you already have the Kindle edition of the book, you can save on an audiobook by getting an Audible narration. You can then listen to it in your Kindle app and seamlessly switch between reading and listening thanks to Whispersync for Voice technology.

You can save as much as 75% on the audiobook companion, compared to the list price of the standalone audiobook. Unfortunately, Harry Potter and the Sorcerer’s Stone Kindle ebook still does not come with the Audible narration.

This Year in Books also brings another interesting list regarding audiobooks. Top 5 All Ears of 2017 lists top five titles more customers listened to on Audible than read on Kindle. Here they are:

Are you an Amazon customer? Want to get the most of it? Here are the recent posts to explore:

Harry Potter is the most listened to book on Alexa devices in 2017 https://ebookfriendly.com/harry-potter-most-listened-book-alexa-2017/ via @ebookfriendly