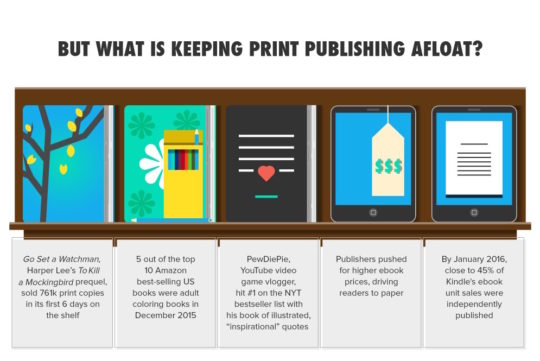 Blurb, a leading platform for creating, self-publishing, and distributing image-rich electronic books and magazines, has released an infographic that compares print and electronic publications.

The infographic, called The Future of Books: Print vs. Digital, includes recent figures about the book format breakdown, arguments for print and digital format, and predictions for the future.

There is also a very interesting section with five examples that prove print publishing is there to stay.

More infographics about books and libraries in the digital times:

What is the future of books? (infographic) https://ebookfriendly.com/future-of-books-paper-vs-electronic-infographic/ via @ebookfriendly