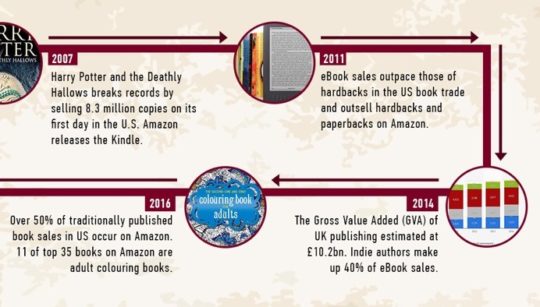 Ribbonfish, a platform that offers innovative solutions for modern publishing, has released an infographic that guides us through milestone moments in the history of printed word and publishing.

The timeline starts with the Diamond Sutra. A Chinese version of this influential Zen Buddhism book was dated back to the 9th century and is the oldest known printed book in the world.

The infographic includes also such publishing dates as the release of the first issue of The New York Times, the launch of Penguin Books, of latest facts about the digital publishing.

For publishers, the rich history of the industry is both a blessing and a curse. It’s a blessing because there’s so much information out there to learn from, but it’s a curse because it’s a challenge to continue the innovation. Either way, it’s vital to study the past and to learn from its lessons, and then to apply those lessons when looking to the future. 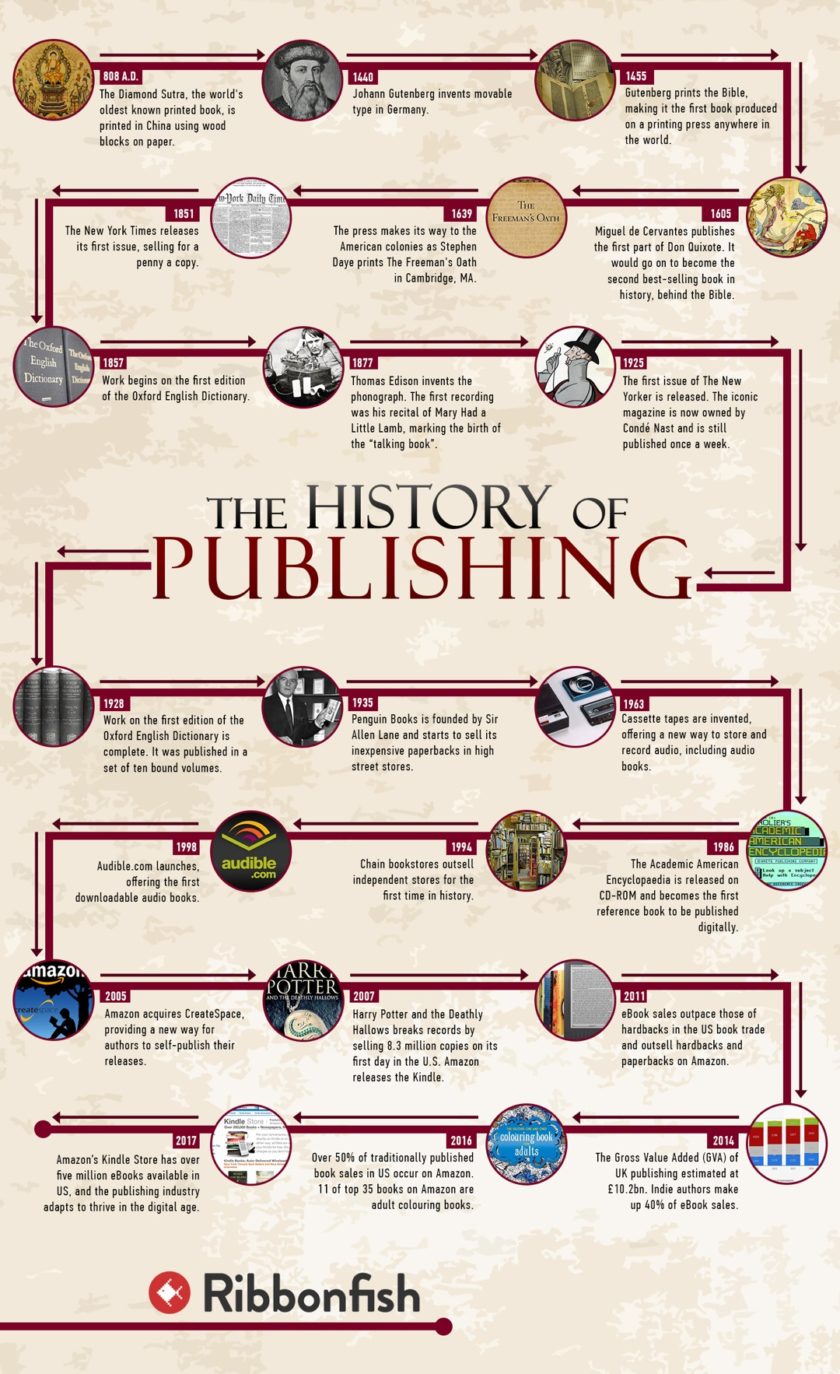 Looking for infographics about books, publishing, and reading? We’ve got more?