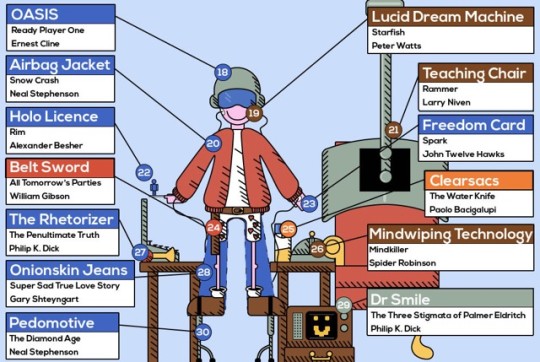 Imagine this: all fictional things invented by authors for their novels are being implemented in real life.

Let’s analyze a new infographic from Red Candy, an online store specializing in accessories, home decor, and gifts – all in red color.

You’ll see here a list of 30 fictional inventions, bird assassin, security grass, blurbflies, among them. Some are crazy, but some – in the era of the internet of things – are surprisingly close to realization.

Smart pizza box alerting you that it has been delivered too late? It’s a question of a few years. Clearsacs? It already exists.

Literature has always been a vehicle for predictions about future technology, which turns out to become a reality. Who knows you might well see some of these items in the near future!