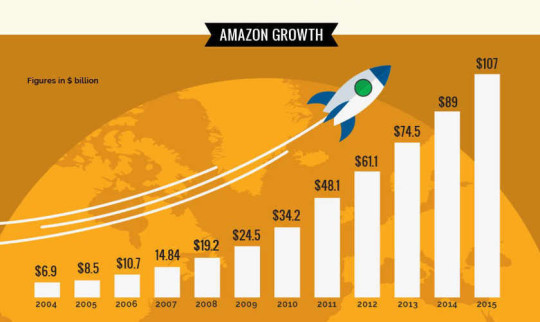 An extremely detailed infographic shows facts and figures about the largest online retailer in the world.

Did you know that Amazon ships 35 items every second? Or that just one of its fulfillment centers has the capacity to ship up to 1.5 million items per day?

These, and a lot more facts and figures are included in a new infographic created by Unboxing Deals.

Some facts, especially regarding history and acquisitions, were already presented in Amazon infographics released earlier, but this one is extremely detailed. What’s more, when you visit the original post on Unboxing Deals blog, you’ll learn facts and numbers that didn’t make it to the visual.

The infographic includes, among others:

Some of the most interesting numbers are:

Other interesting infographics to explore:

Everything you ever wanted to know about Amazon (infographic) https://ebookfriendly.com/amazon-facts-figures-infographic/ via @ebookfriendly