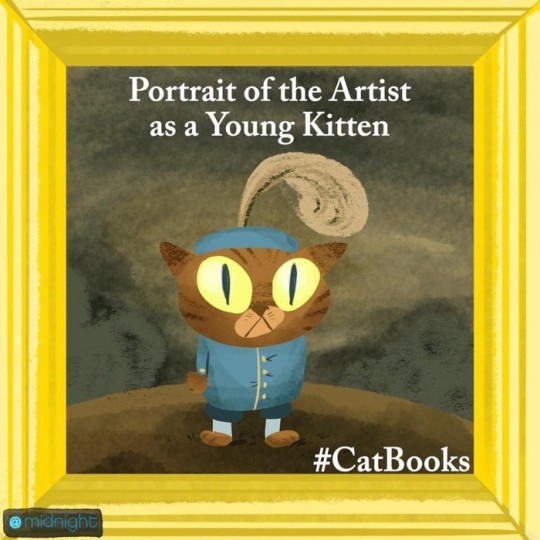 This is fun! Comedy Central’s @Midnight late night game show, hosted by Chris Hardwick, has started a new hashtag in the #HashtagWars series.

It seems Twitter got crazy about #CatBooks. People are sharing ideas of book titles written with cats in mind.

Below you’ll see our favorite cat book titles shared so far. Join the game on Twitter. Just makes sure to add #CatBooks hashtag at the end of the tweet.

What if book titles were rewritten for cats

The Girl with the Hello Kitty Tattoo #CatBooks @midnight

Portrait of the Artist as a Young Kitten #CatBooks @midnight pic.twitter.com/ZqAWUhYWet

The Perks of Eating a Wallflower #CatBooks @midnight

Bookish images and ideas to share not only during World Book Day
– April 21, 2021

What if book titles were rewritten for cats? https://ebookfriendly.com/catbooks-book-titles-rewritten-for-cats/ via @ebookfriendly