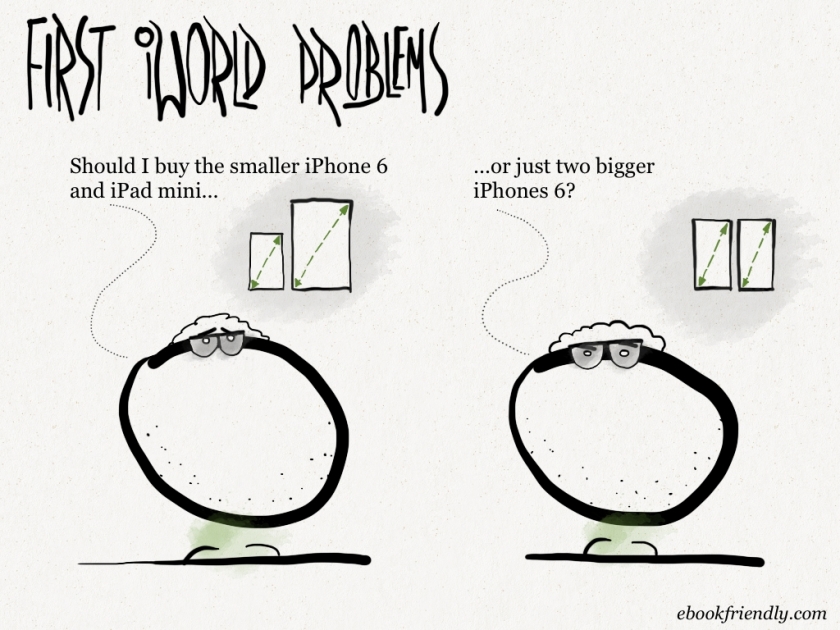 iPads get smaller, iPhones get bigger. Hey, Apple, I know what you’re up to.

Feel free to share this cartoon on your site (Creative Commons licence). Get the embed code from below:

From ESR comes a clever, flexible back case that seamlessly works with the original Apple Smart Keyboard or Smart Cover, giving your 10.2-inch iPad a complete 360-degree protection against bumps and scratches.