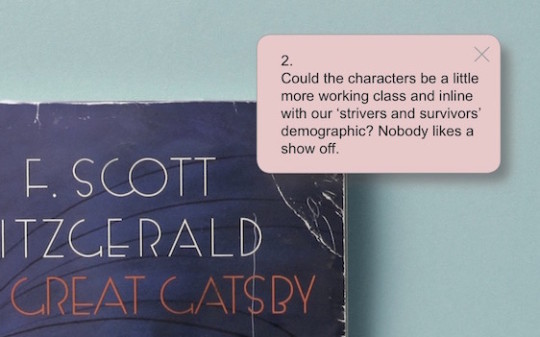 Do you know what F. Scott Fitzgerald, Salman Rushdie, and Joseph Heller have in common? Before they took off as self-made authors, they worked in ad agencies as copywriters.

Look what would happen if some of their greatest works were written in the ad agency, answering creative brief, and were subjects to endless remarks from a client side.

An example of feedback on the The Great Gatsby:

One last thought we’ve been bouncing around the office here, can we add a cat? Everyone loves cats. The Great Catsby. Just a thought.

The ads were created for a British fiction contest Winston Fletcher Prize, to encourage ad writers to submit their stories for the 2015 edition.

Click or tap on each ad to see the fictional client’s remarks. They are hilarious (and scary, if you realize what would happen if they had been implemented). 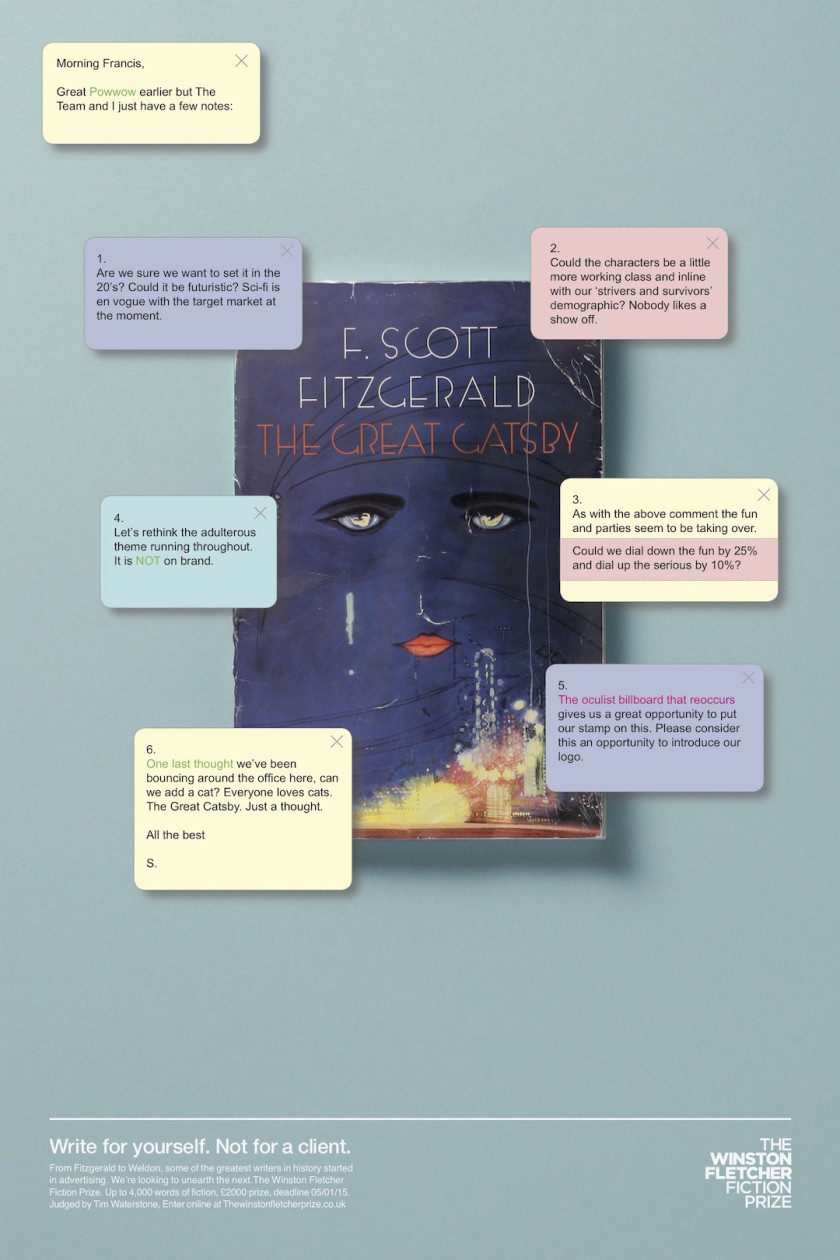 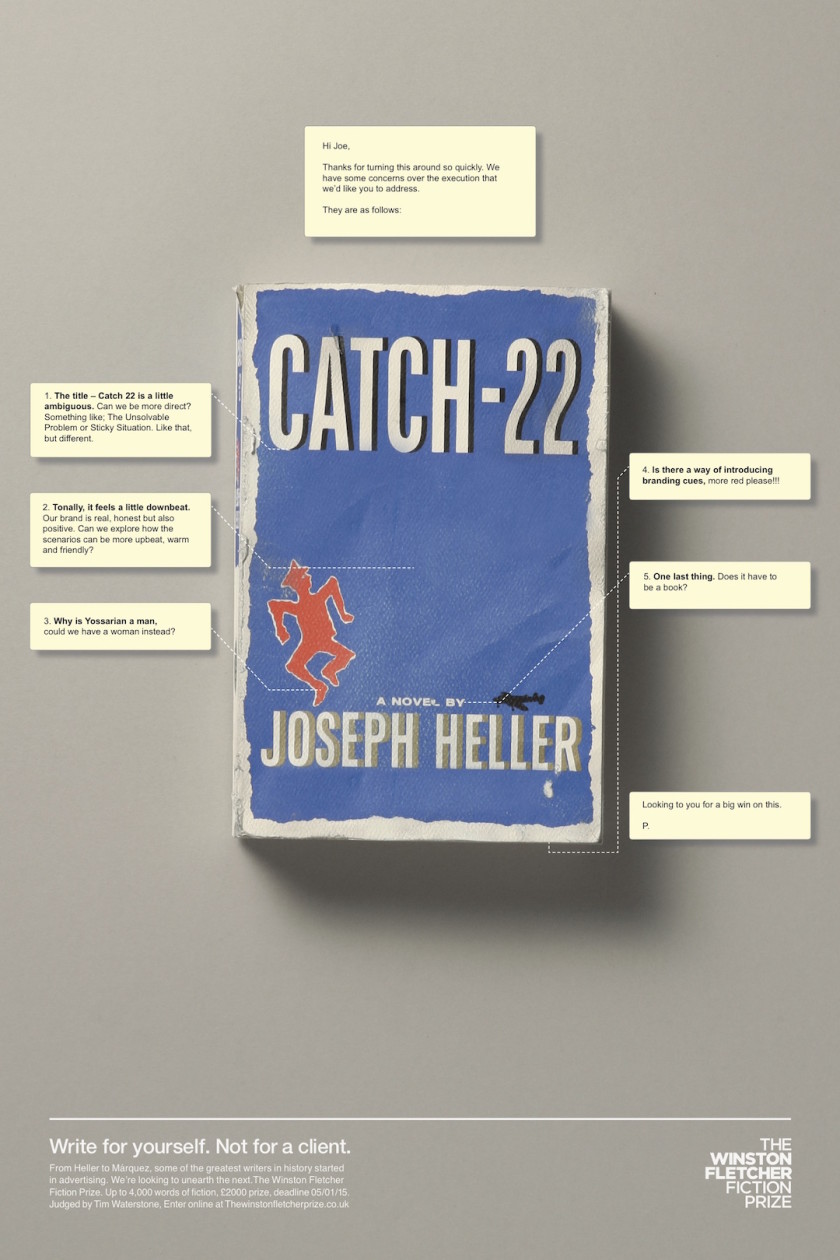 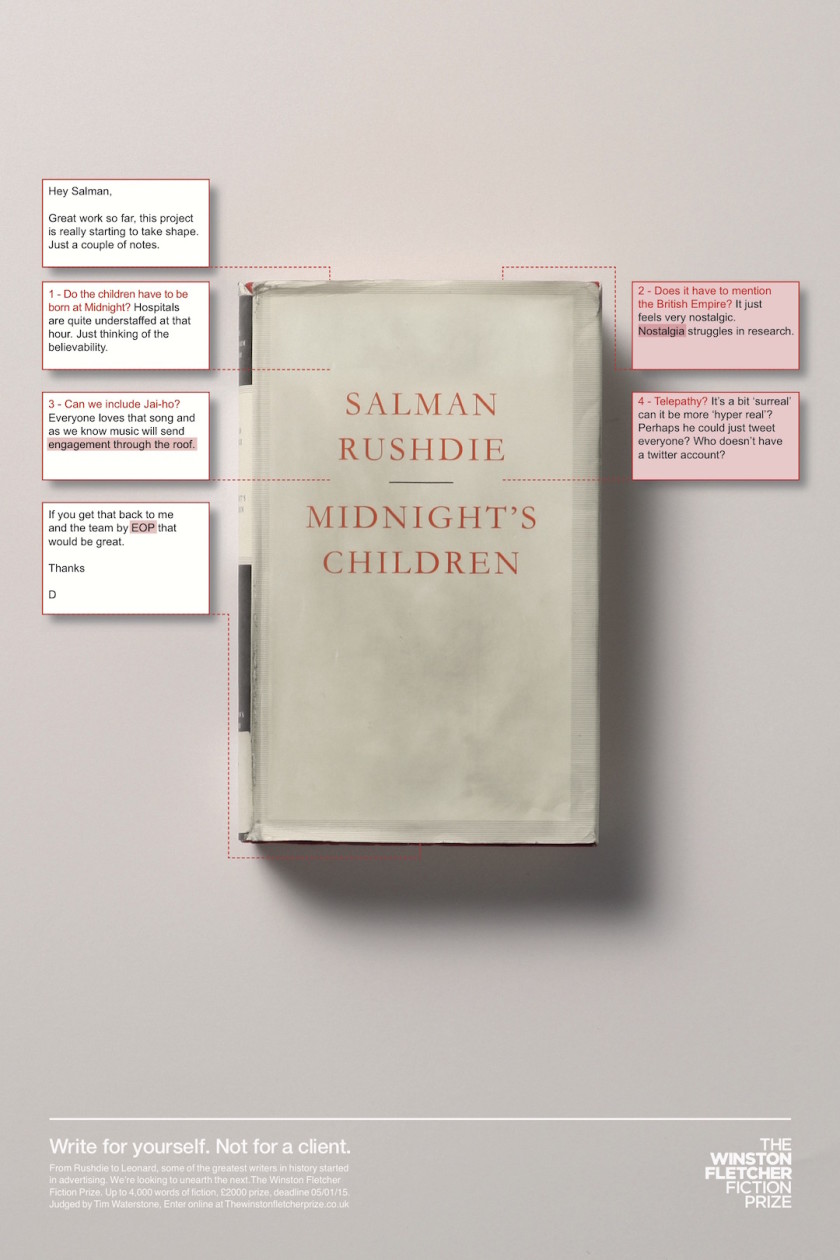 What if famous novels were written for an ad agency? (pictures) https://ebookfriendly.com/famous-novels-ad-agency-pictures/ via @ebookfriendly