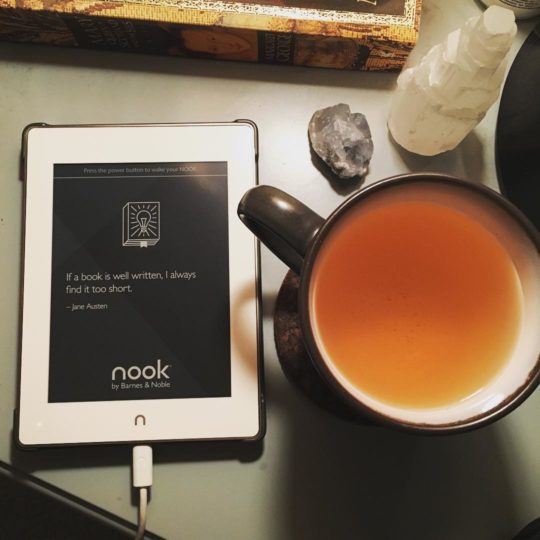 @gabinomphoto and my mother just treated me to an early bday present after a supremely rough week. Ending on a high note with a new Nook Glowlight! (Uhhh it’s waterproof so totally getting in the tub in like 5 min!) ? #nookglowlight #engagedlife #selfcare #treatyoself #janeaustenquote