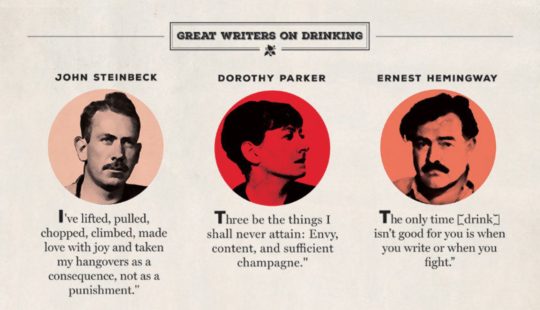 Signature, the literary website founded by Penguin Random House, devoted to providing readers with unique points of view on literature, has come up with a unique visual blend of books and spirits.

The infographic is called The Ultimate Reader’s Guide to Whiskey. It analyzes in detail how writing and drinking have mixed over time.

Sometimes they go together well, like bourbon and bitters in a finely wrought Old Fashioned. Other times? Well, it doesn’t take more than a skim through a few writers’ biographies to see how destructive the bottle can be.

A visual guide to literature and spirits (infographic) https://ebookfriendly.com/visual-guide-to-books-spirits-infographic/ via @ebookfriendly

Most interesting short story collections to read in 2019