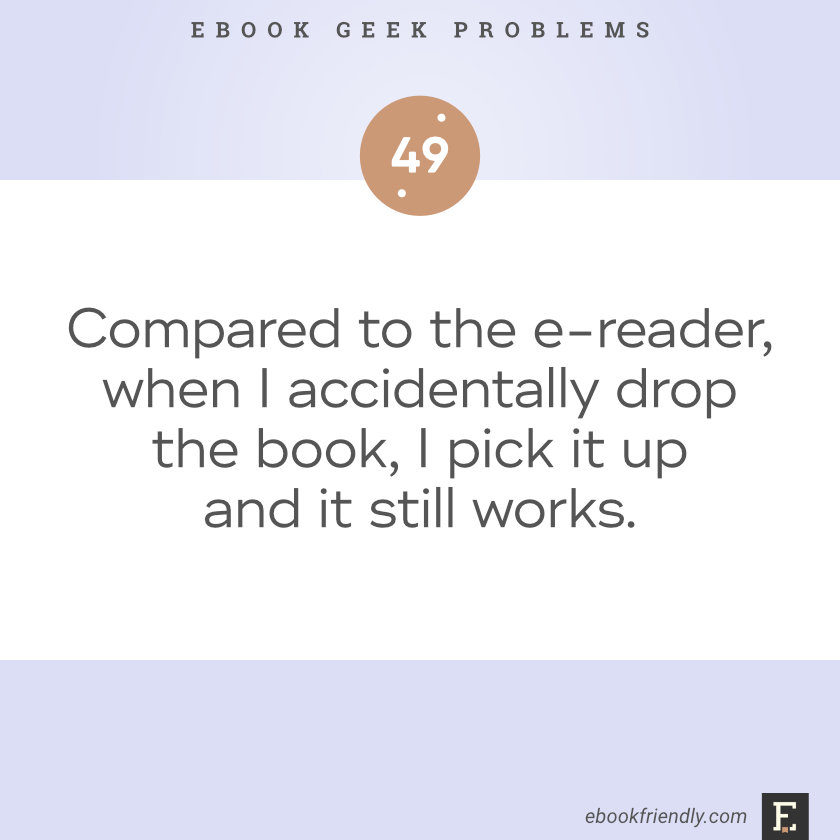 Compared to the e-reader, when I accidentally drop the book, I pick it up and it still works.