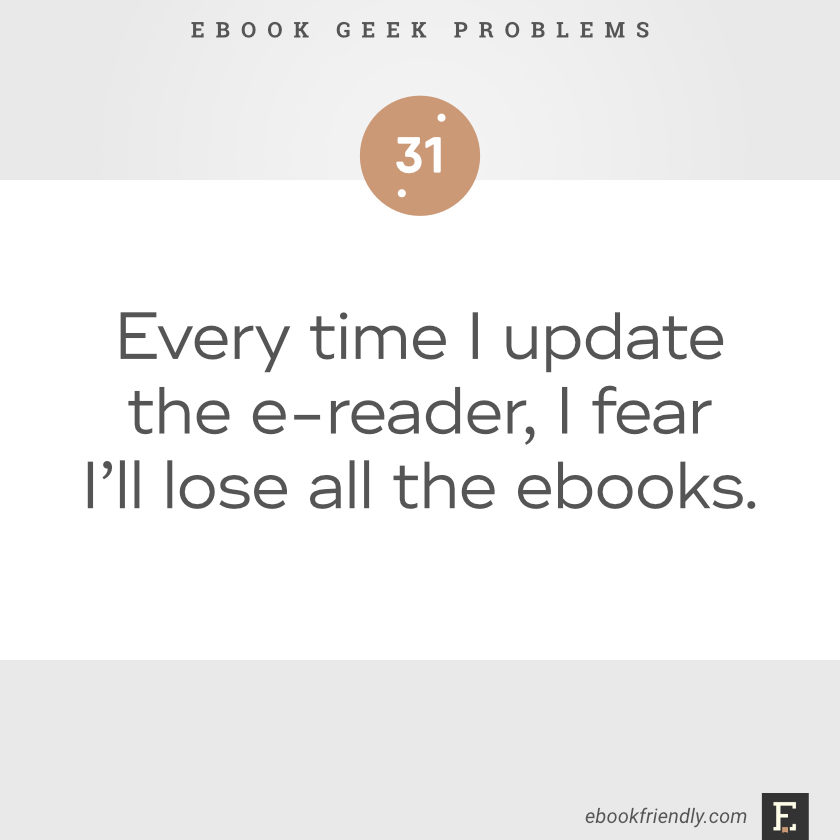 Every time I update the e-reader, I fear I’ll lose all the ebooks.