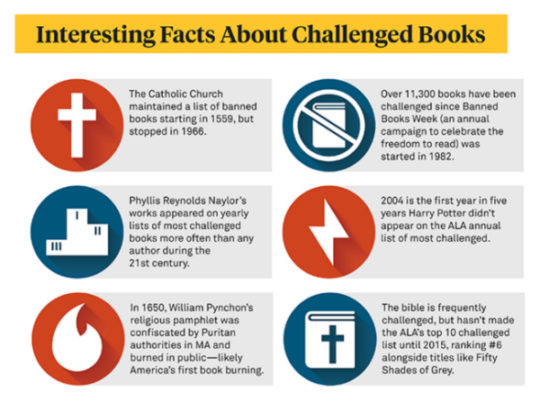 Readers.com Blog has created an infographic that lists banned and challenged books since the 15th century to present days.

You’ll find on the list classic novels, but also children’s and teen literature. The visual also describes the difference between book bannings and book challenges.

There are several reasons to ban or challenge the book. The most common are offensive language, sexual content, and unsuited for age group.

A timeline of banned and challenged books (infographic) https://ebookfriendly.com/timeline-banned-challenged-books-since-15th-century-infographic/ via @ebookfriendly