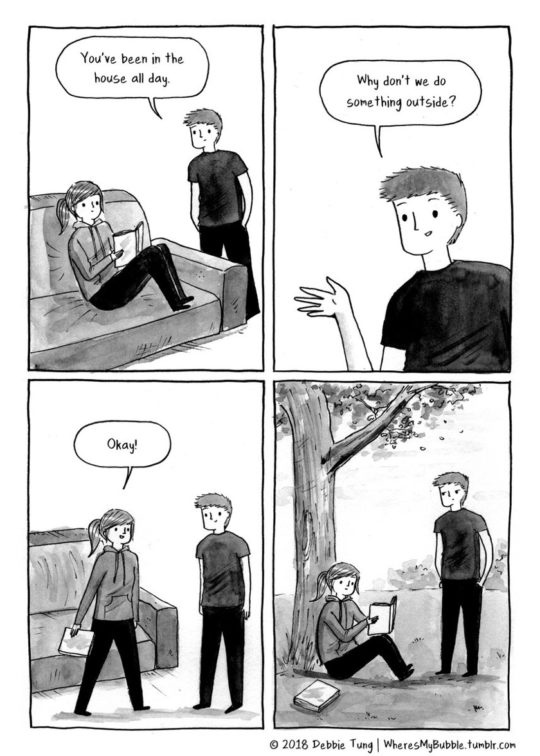 This is just one of dozens of gorgeous cartoons from a new book by Debbie Tung, Book Love.

Bookworms rejoice! These charming comics capture exactly what it feels like to be head-over-heels for hardcovers. And paperbacks! And ebooks! And bookstores! And libraries!

Why don’t we do something outside? (cartoon) https://ebookfriendly.com/do-something-outside-cartoon/ via @ebookfriendly