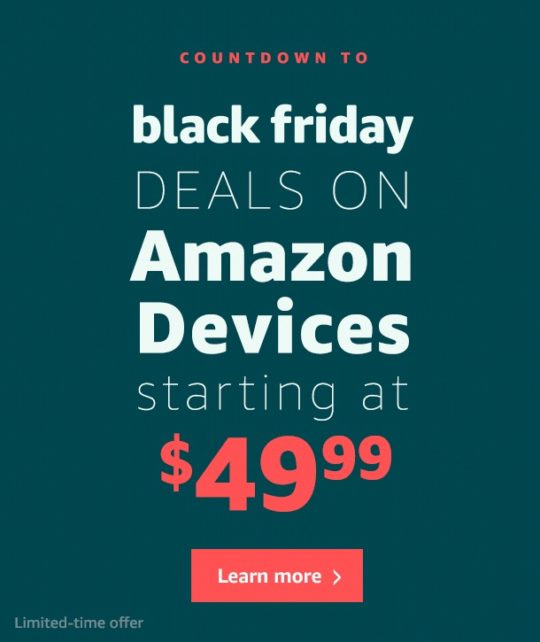 Amazon has been already teasing with upcoming deals on the Kindle and Fire, and some of the announced deals are now active – just in time to celebrate the 10th anniversary of the Kindle.

Currently, dozens of various deals are offered on Amazon devices – for newly released models, refurbished or pre-owned items, as well as functional bundles.

What are the most interesting deals right now?

You can get the basic Kindle for $49.99, and save $30, which is 38% of its regular price (). It’s most probably the deepest discount on this model you can get this holiday season, so there is no need to wait until Cyber Monday to save extra $5 or $10. The same price cut was offered last Black Friday and on Prime Day 2017.

The second interesting deal is offered on the newly launched 10-inch entertainment Fire tablet. The price of Amazon Fire HD 10 is cut to $99.99. Compared to the regular , the price is reduced by 33%, and you keep in your pocket as much as $50.

Will the price of Amazon Fire HD 10 go down even further? It’s probable, but not certain.

Instead, you can wait for deals on smaller Fire tablets – Amazon has already announced them.

Below, you’ll see what are all currently running deals on Amazon devices. Are you looking for cases or accessories for your Kindle or Fire? Check out our daily refreshed list ofthe best tech deals for Black Friday and Cyber Monday 2017.