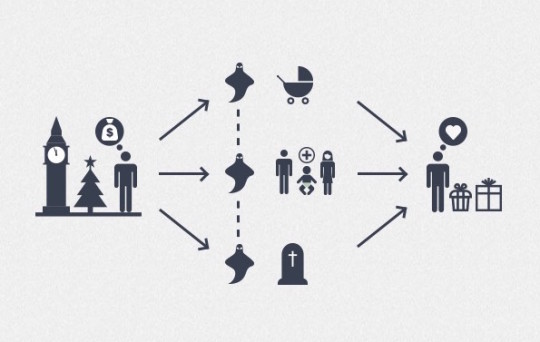 Christmas is a perfect time for reading, and many families impatiently wait to spend time together telling their favorite stories.

While many Christmas stories are free to download as ebooks, not all of them are well remembered.

Unplag, a plagiarism detection platform, has created an infographic that will let you test how well you and your family know the most famous Christmas stories.

A Christmas Carol, The Gift of the Magi, or The Polar Express are cleverly described in Unplag’s visual as sequences of pictograms.

The Unplag Team has created a list of the most popular Christmas stories ever. Can you recognize all of them and prove you are a true Christmas fan?

It’s not the first infographic from Unplag. Quite recently their team has developed the visual showing famous writers and their weird jobs before they became famous.

Click or tap on the image to see it enlarged. How many of these stories have you decoded?