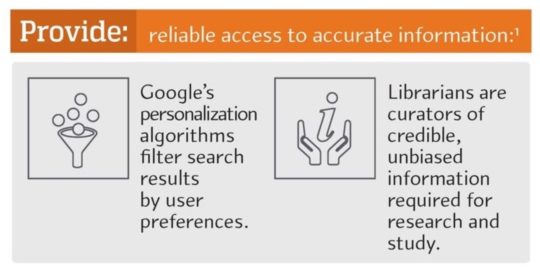 Nowadays, librarians not only follow but are ahead of changes forced by the development of the digital world.

McGraw-Hill Education has released an infographic that tries to deal with the common question:

As your mission, collection, and community needs change, what does the future hold for librarians… and how fast is that future coming?

The infographic accompanies the free white paper entitled Librarian of the Future. It presents recent facts and figures about how libraries and librarians can be at the forefront of digital innovation.

More posts about libraries and librarians:

The changing role of the modern librarian (infographic) https://ebookfriendly.com/changing-role-librarian-infographic/ via @ebookfriendly