Here is another concise infographic from Read Aloud 15 Minutes – a non-profit organization that works to make reading aloud every day the new standard in child care.

It isn’t just baby’s body that is growing this first year – baby’s brain is developing even more rapidly!

Make sure to check out the earlier infographic that explains why we should read aloud to a child. 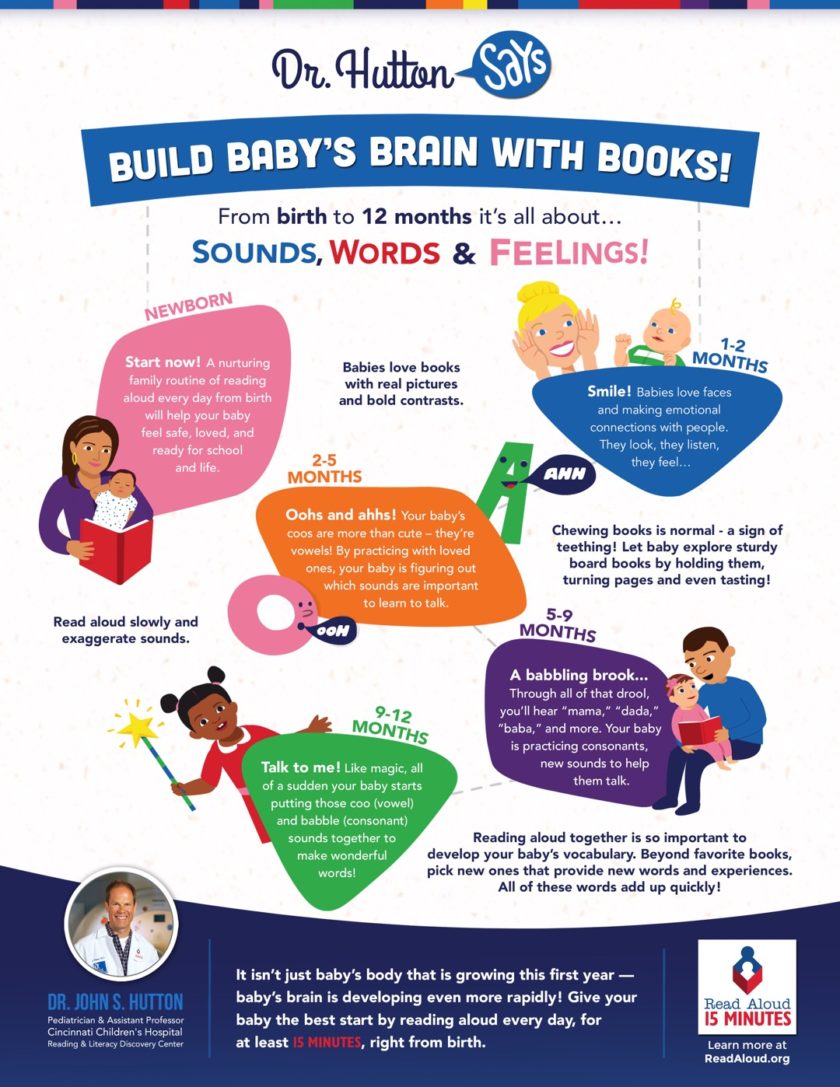 How to build baby’s brain with books (infographic) https://ebookfriendly.com/build-baby-brain-with-books-infographic/ via @ebookfriendly