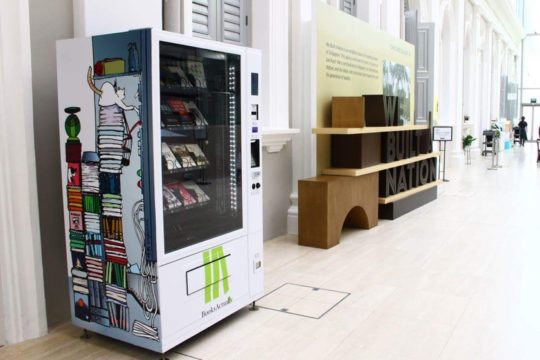 BooksActually, an independent bookstore from Singapore, has set gorgeous book vending machines in the city. One of them is located at the National Museum of Singapore, the other one can be found at the Singapore Visitor Centre.

A single machine offers 20-22 titles. The selection of books will be changed every four to six weeks.

There are not enough bookstores in Singapore, so we’ve previously also distributed (our books) to places such as (retail stores) Cat Socrates and Naiise’s pop-up stores. You have a different sort of demographic in these places.

The project was inspired by “Penguincubator,” a vending machine rolled out by Penguin Books in London in the 1930s. 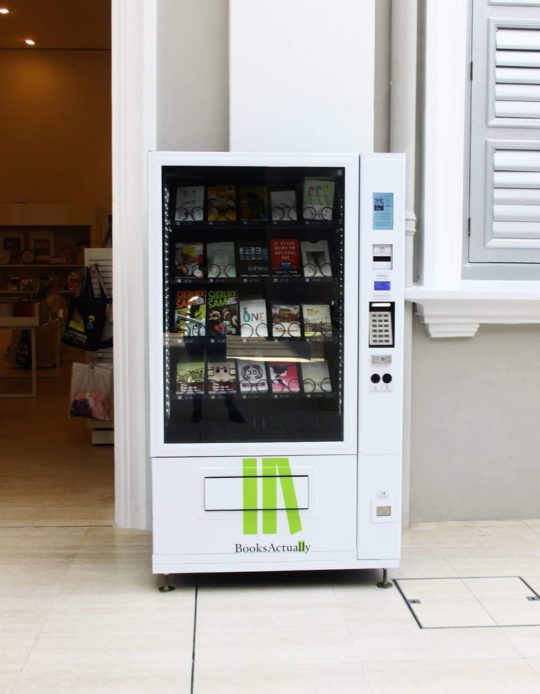