Have you ever wondered how much audio can improve early literacy skills?

Sound Learning, the website of Audio Publishers Association, has created an infographic that sums up all major benefits of reading aloud to children, and using audiobooks in schools. 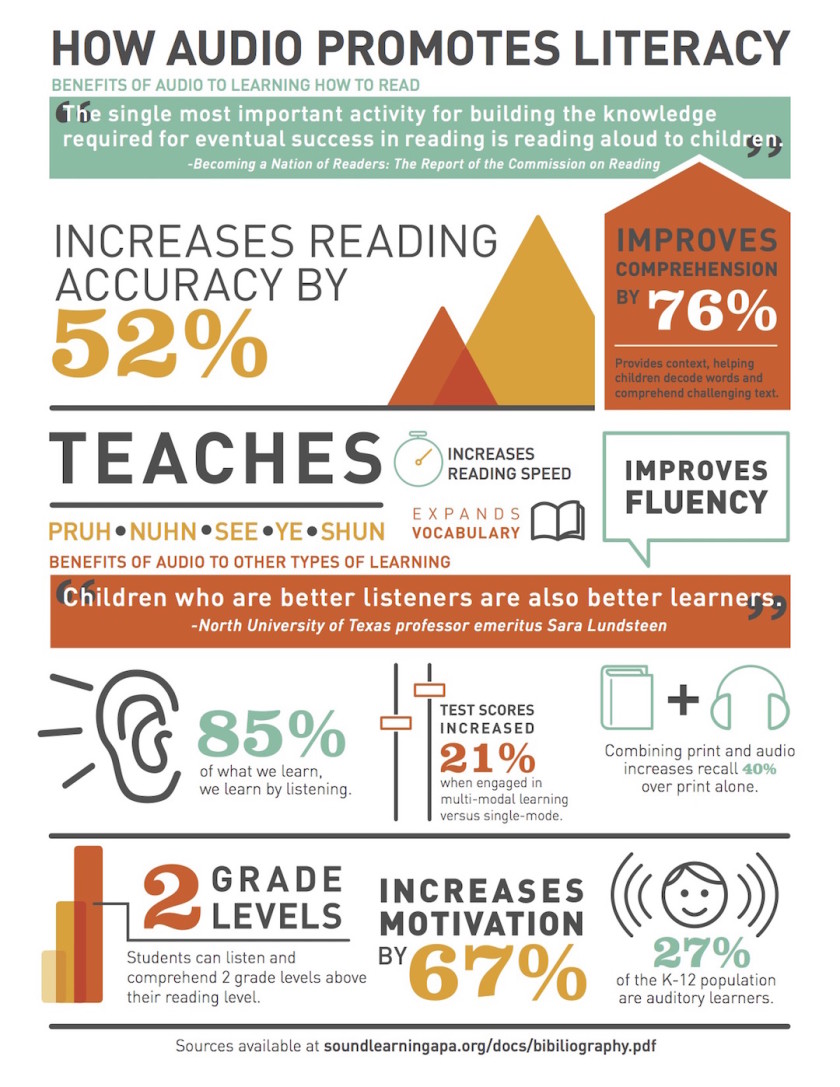