You can now pre-order the newest iPad models on Amazon, together with Apple Pencil 1 and Smart Keyboard that are available at reduced prices.

Both tablets were available to order in the Apple’s online store right away. Due to extremely high traffic, some users have experienced problems with placing their orders. The buying module was not working properly, but now everything seems to be fixed.

In the press release, the company has stated that the newest iPads would be also available in physical stores, as well as through official certified reseller partners.

As you may have already learned, in late 2018 Amazon signed a deal with Apple to set up a dedicated Authorized Apple Reseller store. It means you can use your Amazon account to buy all things Apple in the most reliable way possible. Even better, some devices with the Apple logo on it, are offered on Amazon at reduced prices – something you can hardly see in the Apple online store.

The good news for anyone who is interested in getting the newest iPads is that you can now preorder them on Amazon. The models will be released on March 26, 2019, and it’s when they will start shipping to customers.

All colors variants (Silver, Space Gray, Gold) are available on Amazon, as well as all storage/connectivity combinations.

At the same time, the prices of older iPad models are down even further. Original Apple accessories are cheaper on Amazon, as well.

For instance, Apple Pencil 1, which is now supported by both iPad mini 5 and iPad Air 3, sells on Amazon for $94 instead of $99.

You can save even more on Apple Smart Keyboard. The Amazon price is set at $143 instead of $159, which means a 10% saving. Enough to grab a solid screen protector and get everything shipped at once.

While usually you can save on Amazon, the prices of the newest iPads are sometimes gives an extra $0.99. For instance, you’ll pay a dollar more for the version with 256 GB and Wi-Fi. These small price differences can be also seen when you pick up different color variants.

Apple iPad mini 5, although looking like its predecessor released in 2015, is one of the most powerful compact tablets in the world. Thanks to A12 Bionic chip, the 2019 iPad mini is three times faster and renders graphics nine times faster than mini 4.

The tablet can be now used with the 1st-generation Apple Pencil (but not Apple Pencil 2). Its 7.9-inch Retina screen with True Tone offers the highest pixel density of all iPads – 326 ppi. The remaining models feature “only” 264 ppi.

There are more similarities to the 10.5-inch Pro than just the look. For instance, the 2019 Air borrows the compatibility with the Apple Pencil 1, as well as the Smart Keyboard.

iPad Air 2019, however, comes with the latest A12 Bionic chip combined with Apple’s Neural Engine technology. As a result, you can enjoy the 70% boost in performance, compared to the previous generation.

Best gifts to give book lovers in 2020

Based on ratings and reviews from top online stores. 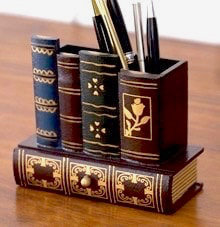 A must-have office supply caddy for every home library. It’s shaped and painted to look like a set of ornate books. The bottom book is a pull-out drawer. 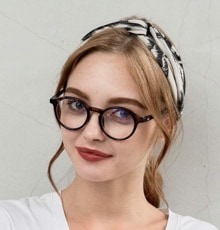 Maintain healthy eyes by reducing exposure to high energy blue light emitted by tablet, smartphone, and computer screens. J+S Vision glasses are available in six styles and colors – a perfect gift for her and him. 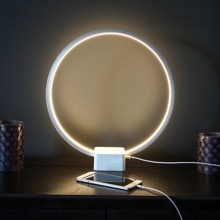 This innovative bedroom nightstand light from Brightech has a unique shape that would fit modern, urban flats. It features a touch switch dimmer, and comes with a built-in USB charger.

The 2019 iPad mini and Air are available to pre-order on Amazon https://ebookfriendly.com/apple-ipad-mini-air-2019-models-pre-order-amazon/ via @ebookfriendly

From ESR comes a clever, flexible back case that seamlessly works with the original Apple Smart Keyboard or Smart Cover, giving your 10.2-inch iPad a complete 360-degree protection against bumps and scratches.