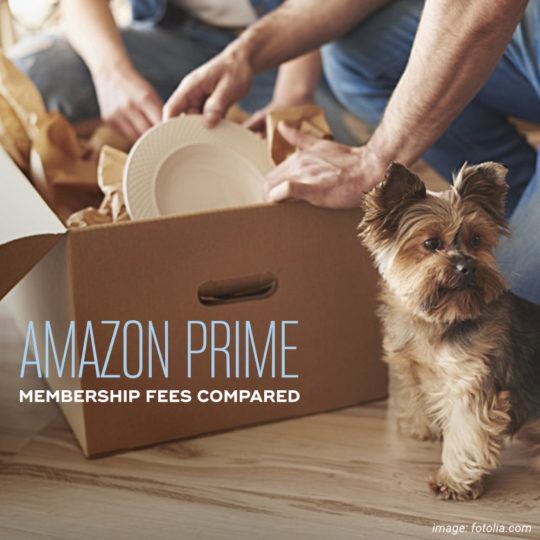 A detailed comparison table puts together the cost of Amazon Prime membership in different countries.

Amazon Prime is a subscription-based program that was launched by Amazon in February 2005.

Since that time, the program evolved from a simple free shipping offer to a powerful combination of tailored services, exclusive deals, and shopping benefits.

According to Consumer Intelligence Research Partners, in mid-2017, Prime had at least 80 million members spending an average of $1,300 annually with Amazon.

What’s most important, Amazon Prime membership is available not only to customers of Amazon.com store, living in the United States.

Keep reading, and you will learn the cost of Amazon Prime membership in your country. The service is offered almost everywhere where a localized Amazon store is running, for instance, United Kingdom, Canada, Japan, or France. In some cases, like Germany, Amazon Prime is also offered in neighboring countries as well.

Why are so many customers getting interested in Amazon Prime membership? The program gives customers a plenty of benefits in five major areas:

Obviously, the most advanced Prime ecosystem is running in the US Amazon Store. And it’s where other countries could follow.

As you will see below, in some countries Amazon Prime is offered in two subscription plans: annual and monthly. The fees in other countries may seem unbelievably low, but it’s usually where the number of features is pretty limited.

It’s good to mention that Prime Video, the most important element of Amazon Prime program, is offered as a separate subscription. It means you can buy it separately, for a lower price, without getting other Prime benefits.

In two countries, the United States and the United Kingdom, Prime Video is being served from Amazon stores. However, the service is now available for users from over 200 countries around the world, serving from a standalone domain at PrimeVideo.com. Different prices are set for different countries and regions. You will be able to see the monthly cost when you sign up for a free trial.

Under the table, you will see a timeline of Amazon Prime membership price changes.

Below, we are tracking the changes of Amazon Prime subscription in the US and other countries.

If you’ve seen the price change, but it’s still not described here, please leave a short note, and we will immediately update the timeline.

Interested in Amazon devices and services? We’ve got more:

Suddenly, Amazon cuts prices of Kindles and Fires – just for Mother’s Day
– May 6, 2021

How much does Amazon Prime membership cost in your country? (comparison) https://ebookfriendly.com/amazon-prime-membership-price-comparison/ via @ebookfriendly